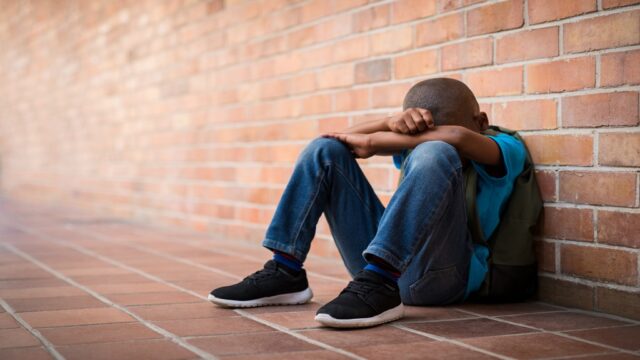 A three-year-old boy has been permanently remanded into state care after his mother failed to make an appearance at court or at the police station to claim the child.

“The person who was originally charged with child endangerment turned out to be the grandmother, but the mother was asked several times to come to court or the police station, and her response was she ‘no live nowhere, and can’t take care of no pickney right now’, so she has not turned up,” the investigating officer, Constable Paul Banbury told the St Catherine Parish Court.

The child, a young boy, first ended up in the care of the state after a Good Samaritan – who happens to be the mother of murdered schoolgirl, Shante Skyers – offered to carry him to the police station after he was found alone on a bus in the middle of Spanish Town, St Catherine.

A statement from the complainant, Crystal Service, who was a passenger in the bus at the time, revealed that she had seen the child on the bus after the adult in whose care the boy had been entrusted got out of the vehicle, abandoning the young child. The young boy reportedly tried to dangerously step off the bus in pursuit of the adult but was prevented from doing so by a concerned vendor.

“As the baby boy tried to step off the bus, I saw a vendor run towards the bus step and prevented the boy from dropping outside of the bus. The bus did not stop and then drove a bit further up the road and stopped once more. As the bus stop the remaining persons who were in the bus tried to exit. I then observed a lady took up this baby boy and asked whose baby, nobody answered,” read the statement, a copy of which was obtained by Loop News reporter Claude Mills.

When the conductor finally got back on the bus, no one claimed the child, Service reported.

“The conductor gave the baby to a man and stepped back into the bus. The conductor immediately loaded the bus to go back to Kingston. I observe the man the conductor had given the baby to tried asking the baby some questions. However, the baby was too small to understand. I then intervened and told this man that the baby is not understanding what he’s asking, hence, I will take the baby to the police station, so that the police can try to find his mother,” the complainant said.

The complainant then made a report to the Spanish Town police station, and an investigating officer later arrested the woman in whose care the child had been entrusted. That woman, it later emerged, was the child’s grandmother. She was charged with child endangerment.

Service’s seven-year-old daughter, Shante, was found murdered in April of this year. The girl had been missing for five days before the shocking discovery of her body in a section of Sterling Castle Heights, known as Blue Hole.