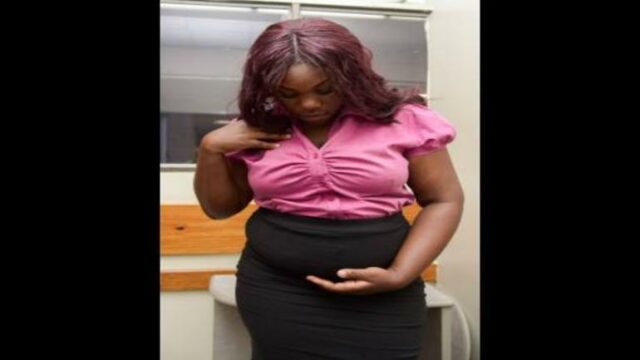 A 22-year-old woman’s world was shattered after doctors removed her womb last December. The woman, Sharnet Carr, said her ordeal began last July when she was told by a doctor at Kingston Public Hospital (KPH) that she had lost the baby she was carrying.

She said that she was three months pregnant at the time.

“July 25, 2018, I went to KPH because I was passing clots of blood and was feeling a lot of pain in my belly. They use a spatula to open the vagina and said I was having a miscarriage. They sent me to Jubilee where they did a D&C,” Carr told THE WEEKEND STAR. 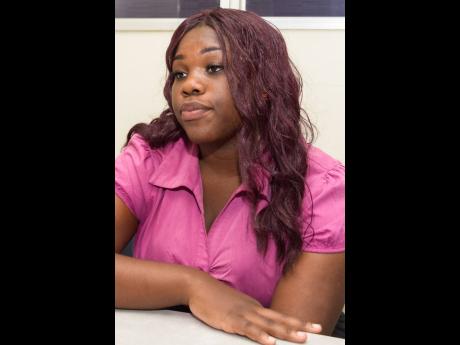 D&C refers to dilation and curettage, a procedure to remove tissue from inside the uterus. Doctors perform it to deal with uterine conditions such as heavy bleeding, or to clear the uterine lining after a miscarriage or abortion.

Disappointed that she had ‘lost’ her baby, Carr left the Victoria Jubilee Hospital (VJH) in a lot of pain, both physical and mental. But her world was further turned upside down when she found out she was still pregnant.

Carr said that a month after the D&C, she went to the Spanish Town Hospital to address the constant pain. She was told to do a pregnancy test, which, to her surprise, came back positive.

“My baby had active body parts and seemed fine,” she said.

Confused about this discovery Carr said she brought the results back to Jubilee and started to ask questions about the D&C that was performed only weeks before.

Carr told THE WEEKEND STAR that she was still in pain and sought the assistance of the doctors to find out what was the cause of her discomfort.

“I kept going back to the hospital because I was in pain and they kept telling me that it may be an infection. When I was about five months, I went back again and they said I have a bladder infection and I got an injection and they sent me home. They said that since the baby is fine and growing, I should just keep going to the clinic for check up,” she said.

The news of the baby’s progress caused Carr to choose the name ‘Miracle’ for the child. Her joy, however, was short-lived.

“On the 29th of November I was at home washing and it felt like I couldn’t breathe. I was rushed to the hospital. When I went there the doctor was feeling for a heartbeat but did not get one. I was admitted and in the night I did an ultrasound and they said that the umbilical cord was separated from me but was still attached to my baby and the baby had died,” she said.

For days Carr said they tried to induce labour by inserting pills in her vagina and giving her oral medication. However, nothing worked.

On day seven, Carr said the doctors decided that they needed to do a Caesarean section which she agreed to.

“I was told that after they took out the baby, I was bleeding out and they had to call senior doctors. They said that I was cut from my navel come up to my chest to see why I was bleeding and when she (the doctor) open me up, she say all my organs and intestine clamp down on the urethra and when she removed all of that, she saw that my womb was badly torn up and she had to remove it,” Carr said.

Carr said that she cried non-stop after hearing the news.

“Mi pressure go up, everything go up. I got therapy to help me deal with the loss of my baby and my womb. My mom came and said that if I wanted to come out of the hospital, I need to get my pressure down and get better,” she said, while noting that her mom and boyfriend have been her rock since the incident.

Since December, Carr said she made a complaint to the hospital and asked for a report on what happened to her, but her requests have fallen on deaf ears.

Carr said she acquired the services of a lawyer; however, he was told that her docket could not be found.

Contacted by THE WEEKEND STAR, Public Defender Arlene Harrison Henry said that as she does not have all the information, she can only advise that Carr visit her office or retain the services of private lawyers to investigate the circumstances under which her womb was removed.

“She is certainly someone who is in need of assistance in investigating the procedures done on her when she first presented herself at the hospital and the problems which arose which would have caused the doctors to take such a drastic action as to removing a womb. In that scenario, one may need an outside opinion based on what she said and what the hospital said, and be guided on a conclusion,” she said.

THE WEEKEND STAR attempted to contact Colleen Wright, CEO of KPH and VJH for a comment. Repeated calls to her cell phone went unanswered.