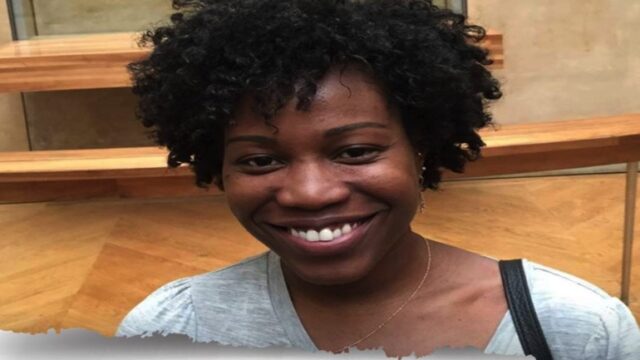 When Patricia Kelly’s daughter, Nerecia Kelly, disappeared from social media and failed to contact her, she became extremely worried. However, her fears grew tremendously after she learnt that earlier this year, Nerecia’s boyfriend was charged with the stabbing death of another woman in Alabama.

Although she is praying for the safe return of her only daughter, the distraught mother said that she has little hope that Nerecia will be found alive.

“She is my only daughter, and I love her very much. My heart is hurting. My heart is telling me that she is not alive, but I really hope that she will emerge alive. We are both from Jamaica, and we migrated in 1993, so it was always us. We have a very good relationship,” she said.

Kelly explained that her 36-year-old daughter met her boyfriend on a dating website in 2017, and that was when everything changed.

“She didn’t speak much about him, and he is the only guy that she dated that I never met. She lived close to me in Queens, New York, so she was always at my house. She told me he was very spiritual, and he would know if she was lying. I was a little bit sarcastic about it and asked her if she had met Miss Cleo,” she said.

Kelly said Nerecia was seeking a new apartment, but she was quite surprised when she decided to relocate to New Jersey.

“Two days after she moved, she began to change dramatically. Her phone number changed, and her social media page was deleted. She stopped talking to all of her family and friends that she had, and she left her job. That type of behaviour is unlike my daughter, as she is family oriented and has a very bubbly personality,” she said.

In a desperate attempt to find Nerecia, Kelly said that she hired a private investigator, who informed her that her daughter’s boyfriend was a registered sex offender and had charges in the Philippines.

“I ran to the police station and told them what I knew, but when they went to the apartment that she was [living at], they were not home. Her boyfriend would later find me on messenger and send me a video of them at the police station, and my daughter was telling the cops that I was abusive to her and her dad had molested her. Those were all lies. Clearly she was brainwashed,” Kelly said.

Since the last time she saw her daughter in 2017, Kelly said Nerecia’s boyfriend posted bizarre videos of her and the woman (his wife) he allegedly stabbed to death. Both women appeared separately on Facebook videos, reading statements that people were trying to defame the man.

THE STAR also viewed a Facebook page, which allegedly belonged to the boyfriend, which showed a woman, who Kelly identified as her daughter, lying on a bed. That post was made on January 25.

“The Internet can be an evil place, and behind the computer, evil may be lurking. My daughter was coached by this man, and you can even hear it on the social media page. One woman has already lost her life under his hands, and I am not sure if my daughter is one of his victims also,” she said.

According to the Montgomery Advertiser, the police charged the man with murder after his wife was stabbed 38 times at a hotel on Eastern Boulevard in Alabama on March 27.

Following his arrest, he was transported to the Montgomery County Detention Facility where he is being held on a $150,000 bond.