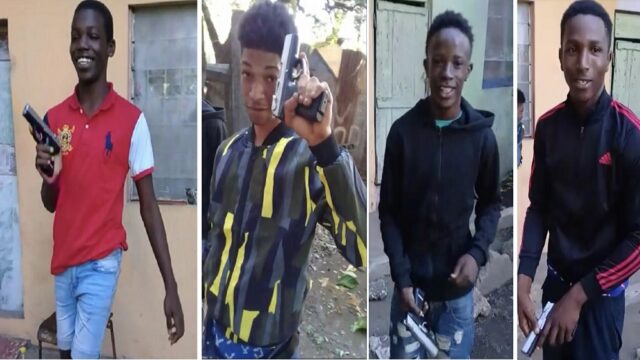 The police are seeking the public’s assistance in locating four boys who appear to be brandishing a firearm in a video circulating online.

In a news release Thursday, the corporate communications arm of the Jamaica Constabulary Force appealed to anyone with information on the identity of the juveniles to call its tip line at 876-591-5671, Crime Stop at 311, the Police 119 emergency number or the nearest police station. Additionally, the boys in the video are being urged to turn themselves in to the nearest police station immediately, in the company of their parents and attorney. Watch the video below. Viewer discretion is advised.

“We have received the video footage and we are very concerned,” said Head of the Corporate Communications Unit, Senior Superintendent of Police Stephanie Lindsay. “We have commenced investigations into the matter, using available technology. However we are appealing to the persons who may have information about their identity to come forward.”

The nearly one-minute-long video shows the four boys taking turns to brandish the firearm while engaging in boastful talk about violence.

“Sinners in ***** town,” one boy could be heard saying before adding, “One darkness man.”