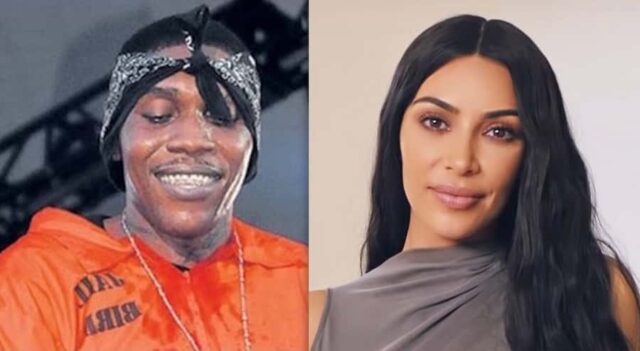 Vybz Kartel’s fanatics are pleading with Kim Kardashian to help the incarcerated Dancehall star get released from prison.

Vybz Kartel’s fans are pleading with Kim Kardashian West to help the Dancehall star get released from prison after it was reported that the American reality TV star assisted in freeing 17 inmates in 90 days as she continues to push for justice reform in the United States.

Fanatics of the “Any Weather” deejay saw the news about Kanye West’s wife and immediately called on her to get involved in incarcerated entertainer’s murder trial to get him released although he is in Jamaica, which has different criminal justice system from the United States. 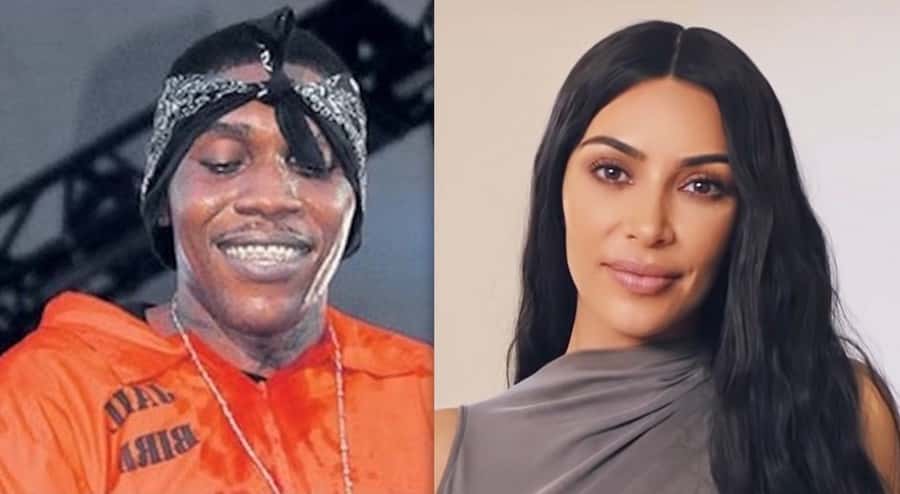 “I hope Vybz Kartel is on her list, streets are waiting,” a fan commented under a tweet by TMZ. 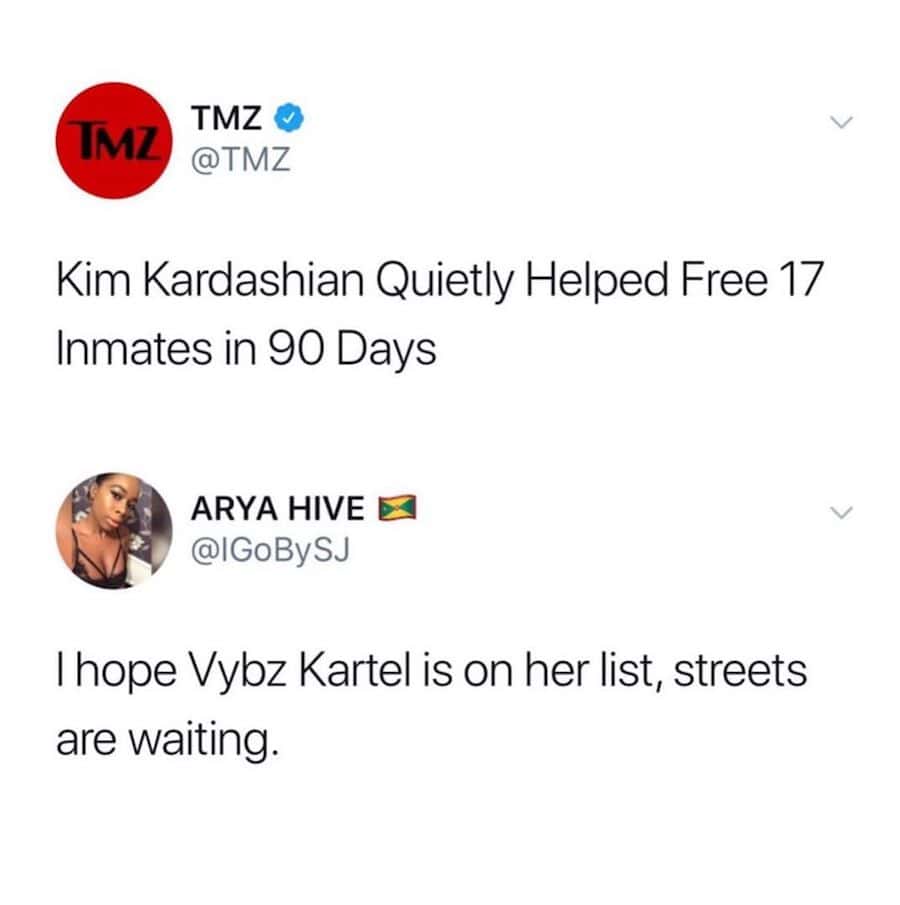 “@kimkardashian i see you doing your lawyer thing out here ma. You gotta free the world boss next @Vybzkartel,” another fan wrote. 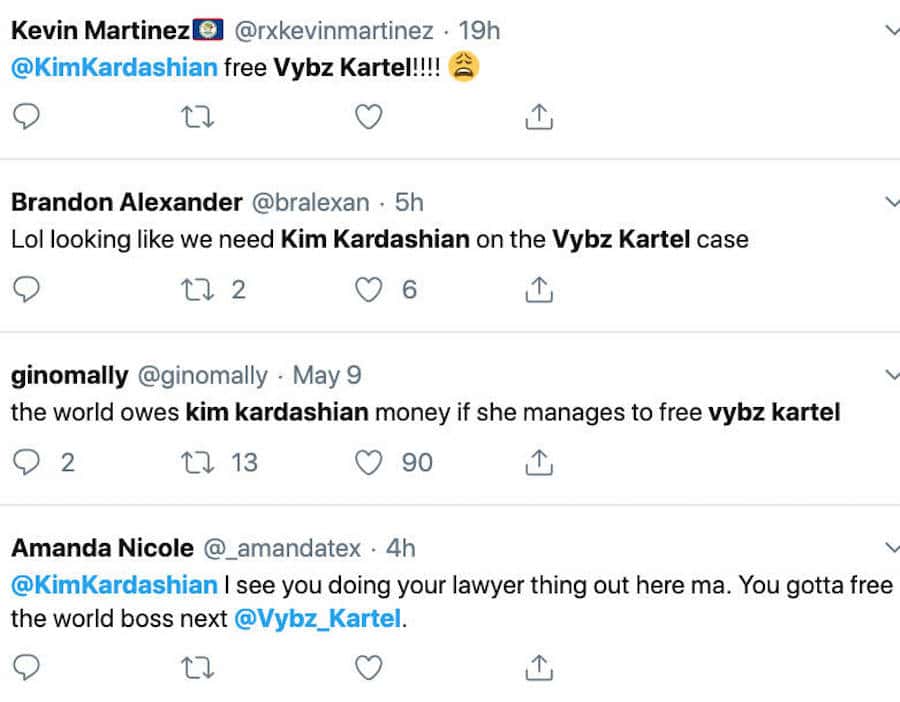 Vybz Kartel, whose real name is Adidja Palmer, along with fellow entertainer Shawn Storm, Andre St John, and Kahira Jones were found guilty in 2014 of the 2011 murder of Clive ‘Lizard’ Williams after a trial lasted for 65 days. The four men were all given mandatory life sentences with the self-proclaimed “Worl’Boss” ordered to serve 35 years before he is eligible for parole.

Following years of waiting on his appeal, the case was finally aired last year July in the Supreme Court. In nearly five days of legal submissions, the attorneys for Kartel and his three co-convicts argued that their right to a fair trial was prejudiced by a number of factors.

Among the scripts, the admission of ‘contaminated’ evidence during their 17-week murder trial. Chief among the ‘contaminated’ evidence was a BlackBerry message that was reportedly lifted from the entertainer’s mobile phone. During the appeal, the Prosecution argued that the integrity of the evidence remains intact and asked the judges to treat the message as admission to murder.

However, after several months, a blanket of uncertainty still hovers over Kartel’s appeal case, as the date when the verdict will be announced remains unknown.

Kardashian West made headlines last year when she went to the White House to talk to Trump about criminal justice reform, a meeting that was arranged by the president’s senior adviser and son-in-law, Jared Kushner. That meeting, in turn, led to Alice Johnson, a woman in her sixties serving a life sentence for a first-time drug offense, being granted clemency.

Kardashian West also recently revealed that she’s studying 18 hours a week to take the bar exam and become a lawyer, perhaps as early as 2022.