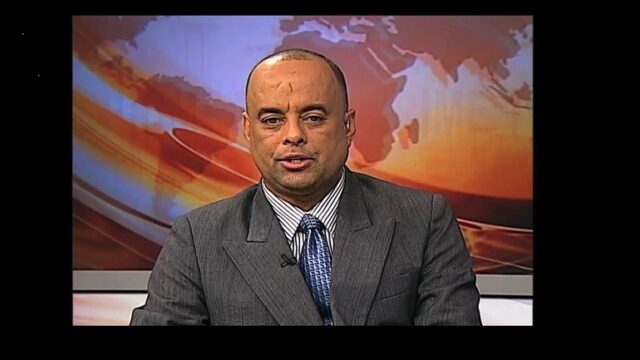 The veteran broadcaster died early Tuesday morning. He was 65.

He had been battling illness for some time. He underwent heart surgery in 2020 and was hospitalized two weeks ago.

He was reported to be recovering but sadly passed away.

At the time of his death, Sharpe was the news operations manager at the Jamaica News Network, a member of The RJRGLEANER Communications Group.

“It is with deep regret that TVJ, JNN, the RJRGLEANER Communications Group announces that our colleague, friend veteran broadcaster, newsman Michael Sharpe died this morning. Condolences to his family and friends. Peace Michael. Peace,” Grant tweeted.

During his illustrious career in Journalism, Sharpe had been a major player on Jamaica’s media landscape for more than 40 years and has trained many of Jamaica’s present fleet of electronic journalists and videographers.

He hosted radio talk shows and was the main anchor on TVJ’s Prime Time News alongside the late Dorraine Samuels for years. Sharpe was also a District Constable.