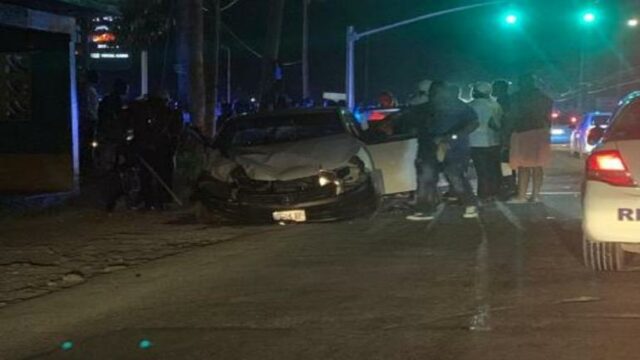 Two of the three policemen who allegedly gunned down a businessman at a party in Chedwin Park, St Catherine, last month are to be charged with murder, law enforcement sources have revealed.

It’s believed that they are the only persons who will face criminal charges arising from the wild, high-speed gun battle that ensued after businessman Sheldon ‘Junior Biggs’ Daley was shot to death at the party.

According to reports, an off-duty policeman who witnessed the incident challenged the three men who shot Daley, unaware they were his colleagues.

The three cops reportedly fled the scene in a police-issued Nissan motor car and was chased by the off-duty cop through the streets of the Old Capital.

The high-speed gunfight ended when the Nissan motor car collided with another vehicle at the intersection of Brunswick Avenue and Job Lane.

When the dust cleared, police Corporal Rohan Williams, one of the three cops implicated in Daley’s killing, and Kevron Burrell, a visitor to the island, were pronounced dead.

Scott and Fraser, who are in police custody, will appear in the Home Circuit Court on Monday.