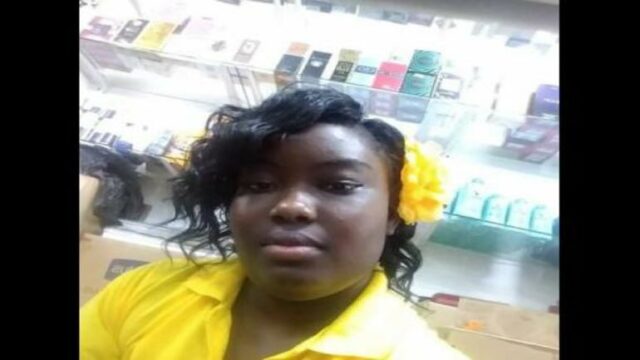 Those chilling words in a phone call jolted a Clarendon family into panic mode as a domestic dispute turned ugly in Osborne Store in the parish in the wee hours of Sunday morning.

Their efforts would be in vain as within hours, 24-year-old cashier Sherion Morrison would succumb to injuries from a vicious acid attack, allegedly at the hands of her common-law husband.

Yesterday, her father, Everton Morrison, was reeling from the shock of the nightmare which unfolded within hours on Sunday.

“Unbelievable! When mi hear wa happen to me daughter, there is no word to [bring] comfort,” he told The Gleaner.

Described as a very dependable person, Morrison noted that his daughter’s death was a great loss.

With the grief etched on to his face, Morrison, between sighs, recounted the moments leading up to the gruesome assault.

Morrison said his wife, Evadney, received a call from their daughter a short while before she was attacked.

“She call her mother and say she and [her common-law husband] have a little dispute. Somebody tell him say them carry her go to a man yard. They were there talking and she (mother) say, ‘If both of you cyaa gree, send her back home’,” he said she told the alleged attacker, shortly after midnight.

They assumed all was well until they received another phone call. This time, it was from their daughter’s common-law husband, a taxi driver and the father of her two children.

“Mommy, if you nuh come fi Sher, she a go dead in 10 minutes,” he allegedly said.

“Same time, everybody rush out,” the grieving father told The Gleaner.

He said Sherion was assisted to the gate by her four-year-old daughter as they cried for help.

Her two children – the four-year-old girl and a two-year-old son – also sustained burns and are still being treated at hospital.

Speaking of his granddaughter, the elder Morrison said, “She braver than me. She have the courage and guts more than me ‘cause mi daughter blind by the acid.”

Morrison was rushed to the May Pen Hospital, but was later transferred to The University Hospital of the West Indies, where she died.

The father told The Gleaner that he learnt that she had also ingested some of the acidic substance, which caused severe damage to her kidneys.

He said moments before her death, Sherion, the third child for her parents, entrusted the care of her two children to her mother.

SUSPECT ON THE RUN

“Where is the justice?” questioned Morrison, adding that the man believed to be responsible for his daughter’s death was yet to be apprehended.

“She nuh trouble people. Before she trouble you, she gwaan like she nuh see you,” he brother, Cian, shared.

He added that he had found a bottle believed to have contained a corrosive substance near the house and had handed it over to the police. He said his sister was a very quiet person.

Councillor Uphell Purcell said he was hurt by the news of Morrison’s death, remembering her as a very quiet person who was not known for conflicts.

“She was a humble and a churchgoing person. She was very, very quiet. She always want to do something to help herself in life,” he said.

Purcell called on persons in rocky relationships to seek help and walk away from conflict.

“She was attacked by someone known and close to her,” he said. “Young men, when you are in a relationship … if you cannot contain the peace, try your best to leave,” he said.