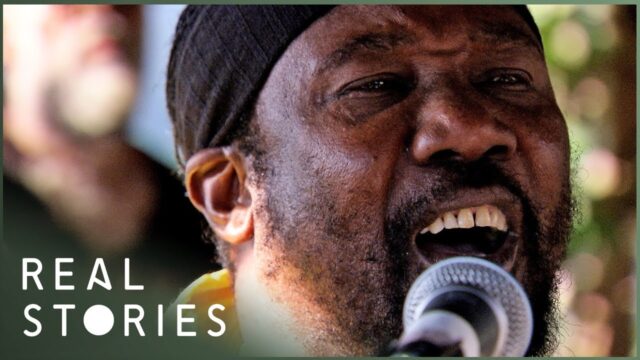 This is the never-before-told story of one of the most influential artists ever to come out of Jamaica, Toots Hibbert. It features intimate new performances and interviews with Toots, rare archive from throughout his career, and interviews with contemporaries and well-known admirers including Eric Clapton, Keith Richards, Jimmy Cliff, Bonnie Raitt, Willie Nelson, Marcia Griffiths and Paolo Nutini.

From his beginnings as a singer in a Jamaican church to the universally praised, Grammy award winning artist of today, this film tells the story of one of the true greats of music. With his group, The Maytals, Toots launched a unique, joyous sound whose appeal is universal and timeless, spanning generations and continents. Toots named the reggae genre – his 1968 song ‘Do The Reggay’ was the very first to use the word – and his music has across six decades defined, popularised and refined that genre, combining in his own inimitable style gospel, ska, soul, rock and American R’n’B. Island records founder Chris Blackwell states: “The Maytals were unlike anything else at the time. They were sensational, raw and dynamic”.

After years of success in his own country re-releasing Jamaican hits such as Pressure Drop, Sweet and Dandy, Do The Reggae, Monkey Man and Barn Barn, Toots and the Maytals released Funky Kingston, True Love Is Hard To Find and Reggae Got Soul to the world. Toots’ influence can be heard throughout the history of how ska became rock-steady and rocksteady became reggae.

This is How Much Jamaica Pays Olympic Athletes.

Shenseea, Rvssian – You’re The One I Love (Official Music Video)