ilovejamaicans.com
Home News This African girl born with blue eyes is a victim of ignorance 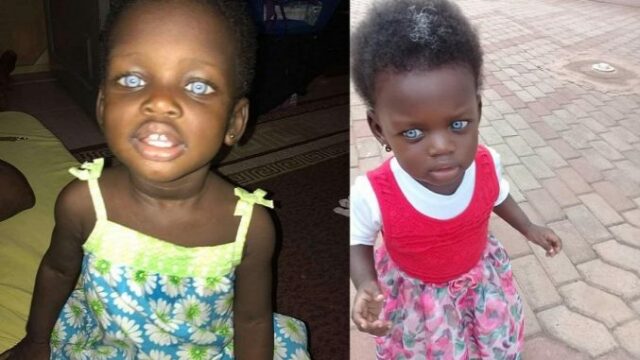 Africans and people of African descent have learned with time that there are some characteristics of the white race that appear on some black people on rare occasions.

We came to terms with albinism which is still being described as a curse by some communities in Africa despite adequate education to demystify the congenital disorder.

It is now time to come to terms with the possibility of a black person being born with blue eyes. This is a rare genetic disorder called Waardenburg syndrome that comes with varying degrees of deafness, minor body defects, and pigmentation changes.

This was the fate of little Chogtaa from northern Ghana who is just a year and nine months old and was born with blue eyes and minor hearing loss.

Ghanaian model and entrepreneur Afi Antonio met with Chogtaa’s mother at a clinic where the bubbly girl was undergoing checkup for her hearing loss. 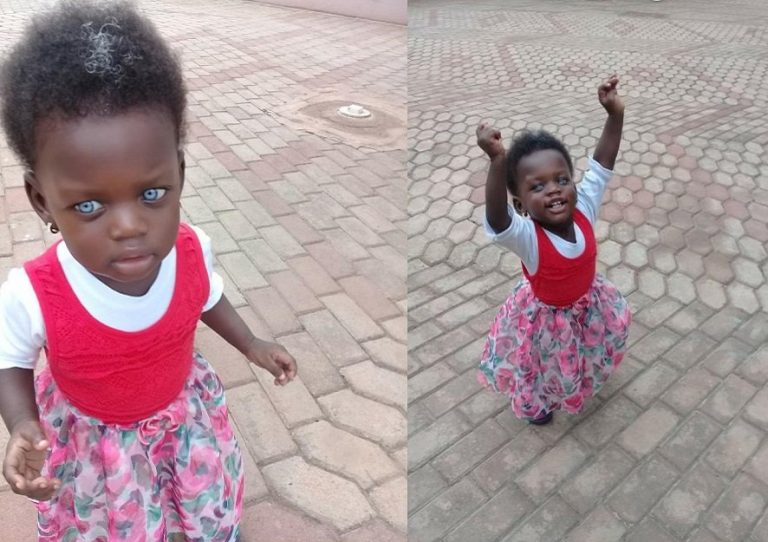 The mother told Antonio that they drew a lot of negative attention from their family and community who believed Chogtaa was “cursed”, while her playmates branded her a doll.

“Her mum says, she remembers a herbal Dr. telling her once that if u have gonorrhea while pregnant u give birth to such a child. She was actually telling the people seated at her clinic. She laughed and didn’t say anything,” Antonio narrated their story on social media while raising funds to support Chogtaa to undergo surgery for her hearing loss.

Afi Antonio said she is organizing a photoshoot with the little blue-eyed girl whom she is grooming to be a model.

“Waardenburg syndrome is not a curse, there are thousands of people living with this condition all over the world. Let’s take some time to read about it and help educate other mothers and family who might not be aware of its existence,” she advised.