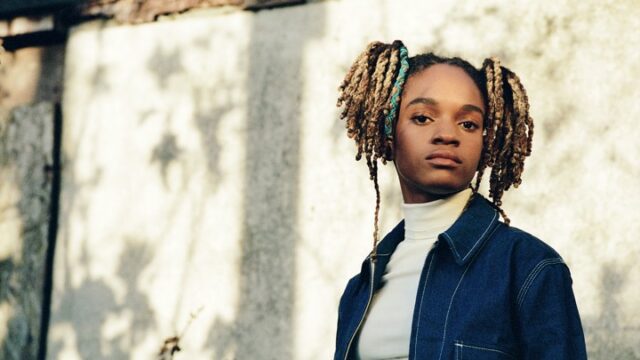 Usain Bolt fired the starting pistol, and now at 19 Koffee is spearheading a new wave of artists delving back to the conscious sounds of roots reggae

When you first hear Koffee’s music, you would be forgiven for not pairing the big, bold voice that commands her roots reggae sound with the slight, unassuming 19-year-old who jumps out of the car and pulls me into a bear hug outside my hotel in Kingston, Jamaica.

She might be small, but the impact that Koffee has made on Jamaica and its reggae scene is mighty. The night before we meet, she won single of the year at the Jamaica Music Industry Association awards for Toast, which has amassed more than four million streams on Spotify. Toast is typical of Koffee’s style. It’s steeped in the positive-vibes-only doctrine of roots rather than dancehall’s brashness, and she is driving modern reggae forward at a time when Rihanna is reportedly about to do the same with her new album.

“I would say it all began with my guitar,” Koffee says as we sit on a bamboo bench on Wickie Wackie beach outside the city.

The first piece she wrote was a tribute to Usain Bolt, entitled Legend, which she posted on Instagram – it quickly went viral.

“He reposted it!” she says. “So that was kind of the first recognition that I got as an artist.”

She grew up in Spanish Town, on the outskirts of Kingston, and was first exposed to music in the Seventh-Day Adventist church she attended as a child. As a teenager, having been inspired by reggae music all her life, she decided to try it for herself. “I said, lemme try ah ting. And I started writing.”

And try ah ting she did. After the Usain Bolt-inspired hit, producers and labels courted her and in 2017 she recorded Burning, a song about not being accepted into sixth form college. It was spotted by Columbia UK and in the last 18 months she has moved from unknown newcomer to reggae’s new hope, being produced by Walshy Fire of Major Lazer and playing at Bob Marley’s Tuff Gong studioswith fellow roots star Chronixx.

Koffee is following in the footsteps of Chronixx and Protoje, the leaders of a new-wave of roots reggae artists, who take their cues from the likes of Peter Tosh and Dennis Brown rather than the divisive dancehall of Mavado and Vybz Kartel. She joined Chronixx onstage at Alexandra Palace, London, last year where he sold out the 10,000 capacity venue. “That was like a goosebump moment for me,” she smiles. “Because he’s still young as an artist and he’s been doing so much positivity in the world – it’s very inspiring to see that.”

She smiles even wider. “It’s like … Jah know!” What was her experience of London? “Very good, but cold. That’s the only thing you’re going to hear from a Jamaican, or at least the first thing.”

She counts Bob Marley as an influence. “The pace that Bob Marley set in reggae music, on such a positive and widespread level, is something that I want to emulate and carry on,” she says. “I want to honor his legacy in that sense.”

When she is describing her sound, she says “youthful” then pauses and looks at the floor. “Positive … Me nah know. It’s kind of difficult to describe sound as positive, but I feel like music has feeling.” She nods and her black-and-blond dreads fall about her face. “I will add words as I go on in my career.”

I ask her how she sees Jamaica within the rest of the world; a quick glance at Koffee’s Instagram (where she has more than 200,000 followers but follows no one herself) shows a vibrant young woman set among the country’s various textured terrains. Her videos are the same and suggest how proud she is of her country. “It’s a cliche, but as them say: likkle but tallawah!” – a Jamaican phrase that directly translates to “little but strong”. “I know that we are a small country, but we can be very impactful, and I believe in that – the power of what we can do as a country,” she nods. “So I want to contribute to the good of that.”

Like her roots contemporaries, Koffee is aware of the political and social unrest in Jamaica, as well as the violence that mars its otherwise paradise-like image. On her track Ragamuffin, she calls out the Jamaican government: “What a gwaan a Jamaica/ Parliament tun di paper/ Fi ghetto youths them nuh cater/ Dats why di country nuh safer.” And on Throne, she sings, “Jamaican people, leave the violence.”

The sun begins to set. We look out at the sea in contented silence as a wedding in a bar on the beach gets going. Then Koffee is taken to the studio, to start work as the streets are just waking up. Parties are starting, multi-colored lights from shop fronts illuminate the bumpy roads. She says she works best at night – much like the Jamaica that she represents so proudly and authentically.

Rapture by Koffee is out now on Promised Land Recordings

A protege of Protoje, she has toured around the world with the roots star’s band but is coming into her own as a standalone singer, inspired by everyone from Ray Charles to Coldplay.

A self-proclaimed “tiny powerhouse” hailing, like Koffee, from Spanish Town, whose latest release The Root is transfixing.

The progenitor of the self-defined “reggae soul” sub-genre, and a hearty champion of marijuana – one hit EP is entitled THC: The Herb Connoisseur.