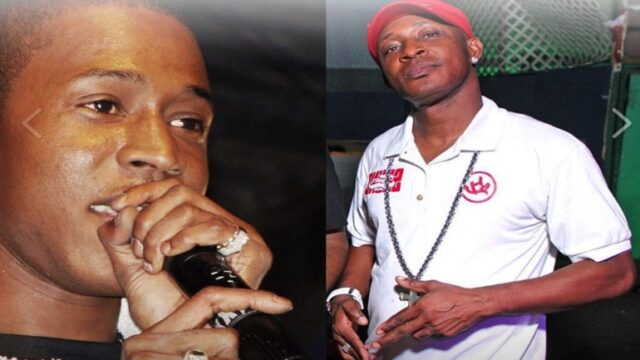 Last weekend when the Fully Loaded sound system showcase made its grand return after a seven-year pause, it was not without some controversy.

The event, which took place at Grizzly’s Plantation Cove, saw Japanese sound system operators, Mighty Crown, unable to finish their performance as they were warned by law enforcers against the use of profanity.

After a post by opposition senator Dr Andre Haughton highlighting the situation, the incident became the most talked about from the event.

The dancehall fraternity is today maintaining that ‘bad words’ are a form of expression that should not be punishable by law, especially when used in adult spaces.

Popular selector Ricky Trooper told THE WEEKEND STAR that the country should revisit its laws as the one governing the use of profanity is particularly archaic.

“Jamaican authority have a very backward approach when it comes to laws that govern us, because all now nobody can’t tell me what is a bad word. What is a bad word? They have this festival in Europe name B**bocl#*t Festival and nobody nuh find nothing wrong with that. If there was something wrong about the culture and so-called indecent language, yuh think these European countries would take on to it?” he questioned. “Dancehall is a down-to-earth, X-rated space. If yuh can’t deal wid it, leave it alone. Go home and nuh try change it man because the sound system culture is where sound man go to express themselves musically.”

Trooper said that there should be certain spaces where dancehall entities are allowed the freedom to express themselves.

Fellow selector Tony Matterhorn said that Fully Loaded is a sound clash, so selectors could not play edited songs as they’re not disc jocks.

“The venue where Fully Loaded was kept, if a man curse as much as him want, it wouldn’t affect anyone because it’s Grizzly’s,” he said. “You’re way off the highway, in the middle of nowhere. So even if you’re driving pass, yuh can’t hear a thing. Deh so it can cuss cuz nobody is around other than the patrons at the event and it is an adult event, big people thing. Yuh have so much things a gwaan inna the country weh the policing is needed and dem wouldn’t take that up, but yuh wah clamp down on a man when him say B**bocl#*t. B**bocl#*t nah go stop cuss so leave it alone.”

Haughton believes authorities are starting an unnecessary fight. He suggests that rather than policing ‘bad words’, Jamaicans should be fashioning them in a way that they can contribute to the economy.

“The world is moving past certain things that in Jamaican culture we think are taboo. People are taking advantage of our intellectual property and so the country is not earning its full potential from what it has created,” he said. “The culture and music is an important part of our economy and we should be in a position to be able to patent these words and phrases to earn from it as well.”