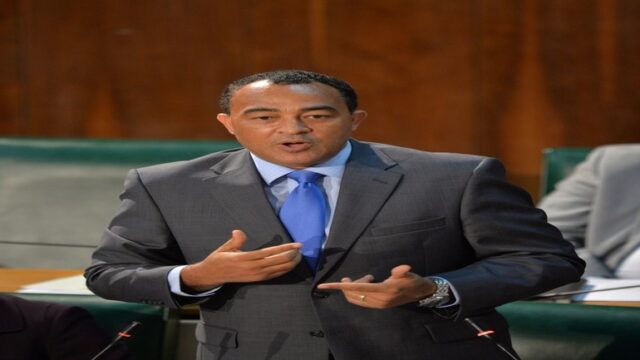 Minister of Health and Wellness, Dr Christopher Tufton, says data indicate that Jamaica’s COVID-19 reproductive rate is trending down, noting that the country has recorded its lowest positivity rate in eight weeks.

“Based on our epidemiological assessment, there is some movement in the right direction as it relates to the degree of spread, hospitalisation, and those who have been worst affected from this virus,” said Tufton in an address in the House of Representatives yesterday.

“Our reproductive rate over the last four weeks has moved from 1.3 to 0.9. This really means that we are moving in a direction where the spread of the virus is decreasing or declining. We are seeing a declining rate of spread,” he said.

Tufton noted, too, that the country’s positivity rate has fallen from a high of 42 per cent to the reported 15.7 per cent that is indicated in Tuesday’s figures.

He added that this represents the lowest positivity rate in over eight weeks.

Jamaica recorded 83 new cases on Tuesday as well as six new deaths that were classified as being caused by COVID-19.

“This reduction in the number of cases is due, in the main, to the many sacrifices that have been made as a country and the leadership of the country. Sacrifices at the individual, the family, the community, the organisation and at the national levels,” he noted.

“These sacrifices have resulted in many hardships for the men and women who have had to give up their livelihoods and bear the economic brunt of lockdowns and other forms of restrictions or movement,” the Minister added.

Tufton thanked the Jamaican people for their cooperation.

He said the many sacrifices made by many well-thinking Jamaicans have resulted in many lives being saved.

“Based on the evidence of our surveillance there is a direct and positive correlation between the number of cases reported, positivity rates, hospitalisation, and death. It is to be noted that in February, at the height of our recent surge, hospitalisation on COVID-19 beds reached a high of 57 per cent over capacity,” the health minister pointed out.

He said the ability to provide oxygen to the many persons admitted was significantly challenged, and due to the quick efforts of persons in facilities, “we were able to maintain service levels”.

The health minister added that the Ministry increased its bed capacity as well as staffing complement during the period of spread.