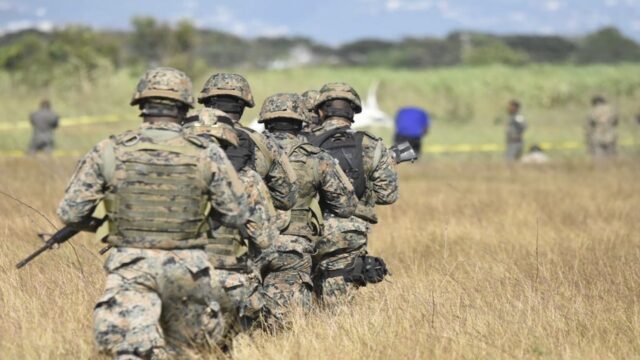 The Jamaica Defence Force corporal who pulled his gun on his wife and shot and injured a policeman after he caught them in a compromising position inside the home they shared in Greater Portmore, St Catherine, has been convicted.

The soldier, 32-year-old Omar Williams, was on Thursday found guilty in the Gun Court on charges of common assault and illegal possession of firearm when he appeared before Justice Bertram Morrison.

The wife, after being caught, had reported that Williams pointed a gun at her during the incident which unfolded on February 19, 2020 and set tongues wagging.

Williams will reappear before Justice Morrison for sentencing on May 17. His bail was extended until that time.

Meanwhile, at the end of what was a 10-day trial, Williams, who was accused of shooting the policeman was freed of charges of shooting with intent and illegal possession of firearm.

The court dismissed those offences following a no-case submission by his attorney Linton Gordon who insisted that the soldier acted in self-defence.

Gordon argued that about 11:30 on the night in question Williams returned home unexpectedly and found the naked policeman standing beside his skimpily-dressed wife in the living room.

The soldier then reportedly turned on the light and saw the policeman reaching under a nearby cushion. He then approached the policeman, hit the cop in his head and asked him what he was doing. He then saw that there was a gun under the cushion.

Gordon told the court that the cop then reached for the weapon and was shot in his shoulder by Williams.

The injured cop who initial reports said fled the scene in the nude, was rushed to hospital and the soldier was later arrested and charged.