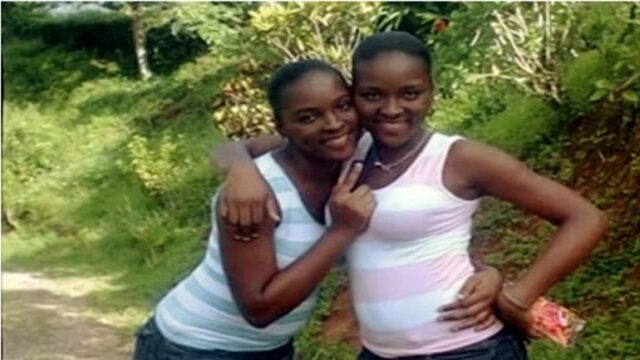 Chevelle Blake said she and her twin sister Chantal Blake-McCalla were like peas in a pod growing up. As teenagers, they enjoyed playing netball and bonded at every chance they got. Their relationship remained tight-knit as adults and they would often sit and talk about how smart and unique their children are. Their laughter could be heard from a long distance, but for the past four months, Chevelle has not seen her sister’s captivating smile.

The 26-year-old mother of four disappeared without a trace on January 6. Blake said things have been very difficult for her.

“It has not been the same as before as it has made me a different person. It has made me view things differently and this is why I can confidently say that I know that something bad happened to her. My twin instinct is telling me that she is no longer alive and all that I told her was going to come to pass happened,” she said.

Blake-McCalla was reported missing a few days after she vanished. With no leads, the Major Investigations Division (MID) earlier this week renewed the appeal for information on the whereabouts of the Liguanea Mews, Kingston 6 woman. She is of dark complexion, stout build and about 173 centimetres (5′ 8″) tall. Reports from the MID are that about 11 a.m., Blake-McCalla was last seen in Old Harbour, St Catherine, wearing a multicoloured blouse and dark blue jeans. All efforts to contact her have proven futile.

Blake told THE STAR that she was told that her sister and brother-in-law were on their way to their business place in Old Harbour when she suddenly asked to be left at the toll road exit because someone was coming to pick her up.

“I asked if while they were on their way if she had received any phone calls or texted anyone but he said no. No one has heard from her since,” Blake said. “My sister would not abandon her children. Even if she was to walk away from her marriage or anything, she was not going to leave her kids. She is the type who just goes to work and home. I know someone knows where my sister is and if she is dead or alive.”

Anyone knowing the whereabouts of Chantel Blake-McCalla is asked to contact the MID at 876-758-5048, police 119 emergency number or the nearest police station. Persons can also visit the MID Headquarters at 230 Spanish Town Road, Kingston.