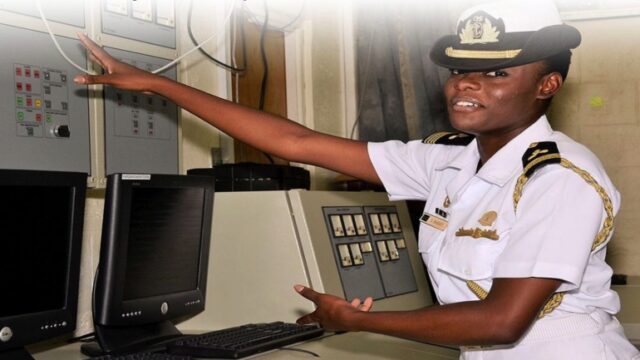 Seychelle Bailey is about to undertake what may be the most exciting journey of her life.

She is about to pursue her cadetship aboard the Carnival Cruise Linevessel as a marine engineer. It might not be the preferred career choice for most females, but Bailey has developed a love for the sea and its many vessels.

The 21-year-old Linstead, St Catherine, native, who is now residing in Harbour View, for school purposes, has carved her name in history by becoming the first Jamaican female to take this position aboard a Carnival Cruise Line vessel.

“I just want to go out there and do my best so that next year they will look to take back more cadets, especially females, because it’s a male-dominated field. They are already shining light on me as a female, so I have to work hard,” she told THE STAR.

“I just want everyone to know that with this programme, you have to want it; you have to be disciplined. It’s not only academics, and you have to have that discipline within to execute it. So when you see the pretty uniform, don’t feel like it easy. You have to develop a passion for it and make up your mind to excel.”

However, her journey to this point didn’t happen overnight.

At an early stage in her academic career at The Queen’s School, Bailey realised that the STEM (science, technology, engineering and mathematics) subjects were her strong suit. She began looking into various engineering careers, but she also knew she wanted to pursue something non-traditional.

“In about grade 10, I realised that I did better in maths and science subjects, but I didn’t want to do anything basic or normal. So I did some research, and that’s when I decided I was going to do engineering. I did more research and came across marine engineering, and I became fascinated by it by seeing articles about females at sea, and that’s when I saw CMI,” Bailey told THE STAR.

Upon graduating from The Queen’s School, Bailey followed her dreams and matriculated to CMU. However, in the early stages of the programme, she encountered financial hurdles.

“This faculty is one of the most expensive, and buying uniforms and all that was costly. Also, when I first started, it was something different. There was a lot of marching and discipline, but I decided this is something I really want, so I stuck to it,” she said.

“Leading up to now, I have grown a passion for the sea and also an overall appreciation for seafarers and the sea.”

Now approaching graduation, the final-year student has been selected, along with a host of other students, to engage in performing real-life marine engineer duties on the Carnival Cruise Line in late August as a part of their internship programme, which they refer to as cadetship.

However, she is the first and only Jamaican female to do this. The internship comes after a partnership between the Kingston-based university and the popular cruise line earlier this year.

As Bailey prepares to conquer the high seas, the youngster says she feels proud.

“At first, I didn’t see it as something this serious. I just saw it as a great opportunity for me to go out there and gain competence and just to learn the history and background. I was elated. I actually cried when I realised it was such a big deal, and I made everybody back home so proud. I can’t even explain,” Bailey said, almost in tears.