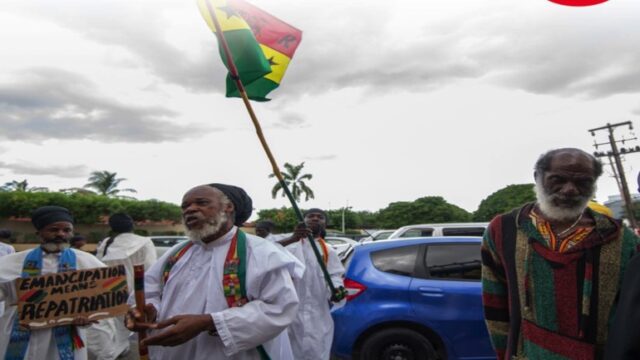 Every Emancipation Day for the last 10 years, the group marches from the Ward Theatre in downtown Kingston to the Nelson Mandela Park in Half-Way Tree, Kingston.

The members protest the bondage that they say they’re still facing in Jamaica and call for the government to send them home back to Africa.

“We want international repatriation, not just for Jamaicans, because slavery was not confined to Jamaica. So we want to be repatriated from all these western countries to go back to Africa, with compensation. This is why we are calling now for seven, nine or 13 miles of Black Star Liner ships to fulfill Marcus Garvey’s words,” Priest Rudolph Bailey told THE STAR.

And although the group said it acknowledges the right of African descendants to choose to go back, it warns of dire consequences for those who choose to stay.

“The Congress speaks for all black people worldwide, but those who don’t want to return are free to stay. But those who want to go, have a natural positive right to return,” he added.

Priest Rudolph said he knows that Africa will be welcoming, based on a mission the Congress carried out some years ago.

“From 1961, a mission went to Africa and they visited Ethiopia, Nigeria, Ghana, Liberia, and Sierra Leone, and during that time, all those countries agreed to repatriation,” he said

He said the groups that are just lobbying for reparation are doing it for the wrong reasons.

“This reparation that they are calling for is just money to buy cars and build houses and to go into their pockets, and pay debt down here,” he said.