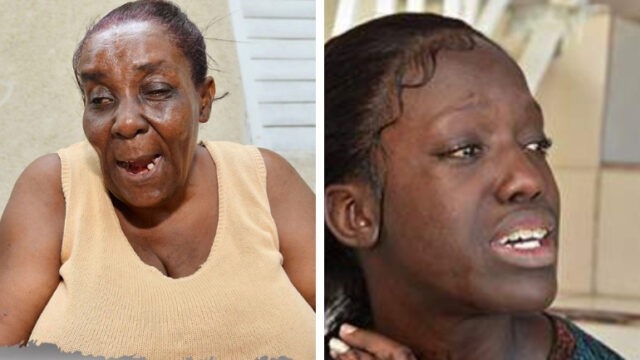 Jealousy is said to be one of the major reasons there is a brewing feud between the parents of Ladasha ‘Mackerel’ Francis.

This, according to Mackerel’ s stepmother, Lorna Pinnock, who said that she has been part of the teenager’s life for more than a decade.

In an interview with THE ST AR yesterday, Pinnock said that Mackerel’s mother, Sherlette Black, is envious of the relationship that she shares with Mackerel’s dad, Patrick Francis

“Let me tell you this, it’s jealousy and badmind why Sherlette doing what she doing. She an issue with us because ‘Frankie’ and me deh, and mi feel like is me why she spite the likkle girl. Things that she say on the phone lead me to believe this, and is not everything Frankie know because sometimes you just don’t get man in every little thing … If she and the man leave, she just need to leave him alone and stop keep up the foolishness,” she said.

Pinnock said that she has maintained a good relationship with Mackerel over the years and tried her best to keep her out of harm’s way. However, she accused Black of being an uncaring mother.

“I had given Ladasha a phone because me nuh really wah call the mother phone to get to her because I can’t manage the man issue ting with Sherlette. She take away the phone from the child, and call me and tell mi say mi shouldn’t give her the phone. I told her she need to have a phone because anything can happen and we need to contact her. The little girl wah come live with us, and she tell her to come out, and when she leave, she mustn’t come back,” she said.

She also accused Black of being verbally abusive and described her as the type of mother who would quickly hurl insults at her daughter instead of showing her love.

“She (Black) treat the little girl bad at times. I told her that all she doing is hurting the child by saying those things, and she say all Ladasha a do is give problem. Mi tell her say counselling nah go help Ladasha, only love can help her,” she said.