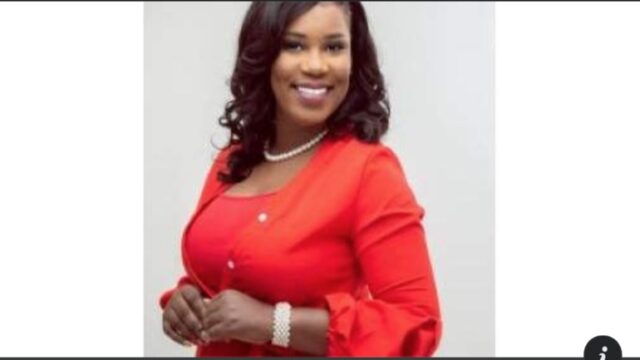 Four years later she had another baby, making her existence — already framed by low self-esteem, no solid educational background, and a mom with mental health issues — more difficult, despite her involvement in church.

Desperate to ensure that she and her children survive, Palmer-Caesar took a job at a massage parlour in the capital city.

It did not take her long to graduate — with encouragement from associates — into exotic dancing and prostitution, which promised far more money.

“I had a rough life. I entered into the massage parlour in Kingston where we used to do massages and private service,” she told the Jamaica Observer.

“From there I went to being a go go dancer and went deep into prostitution. I was influenced by my surroundings. People who were in it for a while told me that I could make way more money dancing, even though I wasn’t a good dancer,” she related.

Palmer-Caesar said she started travelling to other Caribbean islands where she would dance, and even did stints at a night club in Ocho Rios.

It was while she was engaged in exotic dancing that she met her the man who would become her husband who, she said, pulled her out of the business and took care of her financially.

That experience, she said, caused her to reflect on a bit of prophecy that was shared with her and as such she resumed attending church.

Palmer-Caesar admits that she was tormented by urges to return to prostitution. However, not wanting to disappoint her husband she resisted and turned her attention to the music industry.

“There was a negotiation with God, that if He got me out of prostitution, I would serve Him. He answered my prayers. It was very hard because at nights I was tormented because my body was used to it. I was used to making my own money and it was very hard depending on my husband,” she shared.

“Many times I thought about going back to it but I chose another route. I knew I couldn’t go back because my husband wouldn’t feel good, so I ventured into music and it didn’t work out. The industry was really rough and I fell sick and had an encounter with God and another negotiation.

However, all that put a strain on her marriage, resulting in separation.

At one point, Palmer-Caesar said, she was homeless.

“I didn’t have a steady place to live… Mi start bounce from pillow to post, staying with church people and family and it was very rough until I start to believe God and my faith started to grow. I got a place to stay for myself and that is where He gave me the ministry of Rahab to Ruth,” Palmer-Caesar said in reference to the ministry she now runs providing guidance and hope to women and young people.

Since then, her husband returned to help her with the ministry.

“My story is real, and He can do it for you if He did it for me,” is one of the messages she shares.

“People need hope and a chance to make the best of themselves and if I can stand and say God has changed me from a prostitute to a preacher or somebody who can mentor young people, that is truly a testimony,” she said.

Palmer-Caesar is now seeking to publish a three-part book entitled Process and Purpose and shared that she has a music project that will be released soon. She also provides financial support and personal advice to children in need locally and overseas as far as Kenya, where she has dreams of building an orphanage.

“The book is about my lifestyle and from where God take me — all of the abuse and hurt from I was a kid. My mother was a woman of unsound mind and my lifestyle wasn’t anything pleasant. There are a lot of children who I take care of. I have about 13 children in Kenya that I am helping out to supply food. I really do need help because I really do want to fly to Kenya and start an orphanage there. I also want to start an orphanage and a home in Jamaica for young people,” she said.