Home News Portmore to get hospital by October 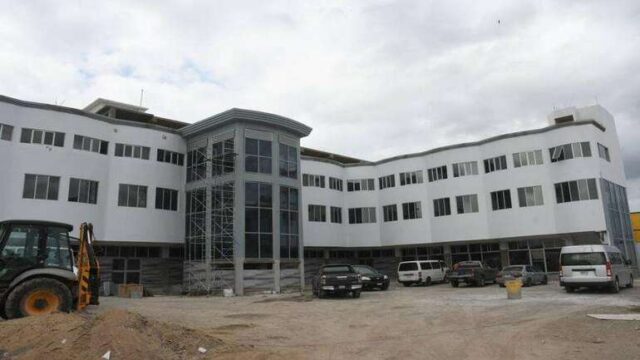 PORTMORE will see its first hospital opening its doors by October, pending approval from the Ministry of Health and Wellness (MOHW).

Carivia General Hospital, located at Cookson Pen, Braeton, is a $2-billion investment which will feature 23 private beds, six of which will be in high-dependency units. It will boast three operating theatres, a full radiology suite, 24-hour accident and emergency department, a pharmacy, as well as consultation rooms for various medical and surgical specialities.

Dr Alfred Dawes, medical chief of staff and director of Carivia General, told the Jamaica Observer that the vision is to bring First World private care within the reach, both geographically and financially, of the average Jamaican, not just in Portmore.

“With that we have invested heavily in technology, and our pricing, we believe, will be very attractive to persons who use the facility. What we have recognised is that there is a very large and wide gap between those who can afford private care, which is very expensive, and those who cannot get to that level, even if they have something to pay and are therefore forced to use the public health system. This has led to overcrowding of the public health system and frustration of those who can’t afford to pay something for their care to expedite their treatment and get access to better care. With that in mind, our vision is really to provide first class care at a reasonable price,” Dr Dawes said.

According to Dr Dawes, plans for Carivia were initially laid in 2014, and while it has been a “very difficult road” he and his business partners are excited to see that the vision will be realised this year.

“We know Portmore has been promised a hospital by several groups and we are humbled that we are the first to actually fulfil this pledge of providing a hospital to Portmore parish, as it will be called,” he said.

Dr Dawes shared that the hospital will focus on the surgical disciplines and the intention is to make Carivia General the hub of laparoscopic surgery, not just in Jamaica but in the Caribbean.

He added that weight loss surgery, his speciality, will finally be made available to the average person who needs it, being cognisant of the fact that the majority of non-communicable diseases, like diabetes and hypertension, are treatable by bariatric surgery.

He also stated that part of Carivia’s plan is to work with the MOHW to clear surgical backlogs in the public health system.

“For example, hernias, gall bladder surgeries, fibroids, haemorrhoids and cancer surgeries can be done at Carivia at a fraction of the cost for what would have been done, had this been outsourced to other institutions in the private sector,” he said.

Further, Dr Dawes said one of the technologies Carivia has adopted includes complete electronic records, which will be accessible by patients whenever they want to have their results downloadable to share with their primary doctors or in case of any emergencies.

In addition to Dr Dawes, who will be doing bariatric and laparoscopic surgery, the team of doctors at Carivia include Dr Roger Hunter, a neurosurgeon who has pioneered brain surgery where patients are awake during procedure; Dr Mark Taylor, a triple board certified cardiothoracic as well as vascular surgeon, providing heart surgeries; Dr Pierre Williams, who will focus on orthopaedic and joint replacement surgeries; Dr Ryan Halsall, laparoscopic gynaecological surgeries; and Dr Leighton Maddan, ophthalmology surgeries.

“We anticipate that with these and other innovative forward-thinking surgeons we will easily become the Caribbean’s leading hospital, not just for general medical care but for advanced surgical treatment of the common diseases,” Dr Dawes told the Observer.

Additionally, Dr Dawes said various mission groups in the diaspora, who conduct yearly outreach clinics and surgical missions, will be invited to partner with Carivia to assist with providing operating time, as well as facilitate follow-up of patients to ensure their post-operative care is of the quality that would be seen if they were operated on in First World countries.

Moreover, Dr Dawes said Carivia has plans to also be a hub for medical tourism, which will see North Americans travelling to Jamaica to receive care at a comparable rate as they would see in places like Dominican Republic and other countries with established medical tourism products. He argued that Jamaica’s advantage in this is the language and the people.

“Many Jamaicans in the diaspora are more comfortable being in Jamaica for their medical care, so whether it is cosmetic surgery, weight loss surgery or any other reason they would opt to choose medical care abroad, we would be able to provide a similar level of service they would receive in their home countries, but at a competitive price and knowing they would be treated by their own kin,” he said.

Dr Dawes said that once Carivia is fully accredited, it will partner with local and overseas insurance companies. For people not insured, Dawes said they will be able to afford financing for care.

Member of Parliament for St Catherine Southern Fitz Jackson welcomed the facility, saying that for several years there have been calls for a hospital in Portmore.

“There has been an initiative going back over 10 years or more where former Mayor George Lee led the facilitation as mayor, at the time, with some investors to build a private hospital there. The community of Portmore has been calling out for it for sometime. Regrettably, that initiative fell through because of some investment difficulties and there continued the vacuum for hospital health services to be provided,” Jackson said.

“I am very grateful and welcome Dr Dawes and his team. He’s also a medical professional who will be operating there and has invested in it along with other investors, who I know from Portmore too. Yes, it’s a private one and not public, but people need to have options and you can’t have options with what’s not available to you. Options are what you can choose from… people are willing to pay for value as they see fit and the facility will provide additional employment in the Portmore area,” Jackson said.

“It is in my constituency, but it will serve all of Portmore. I am confident we will have quality services through the facility.” 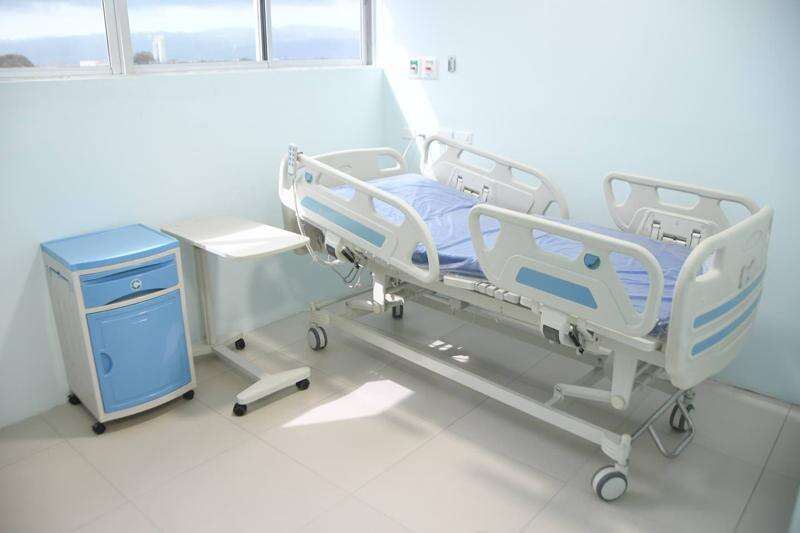 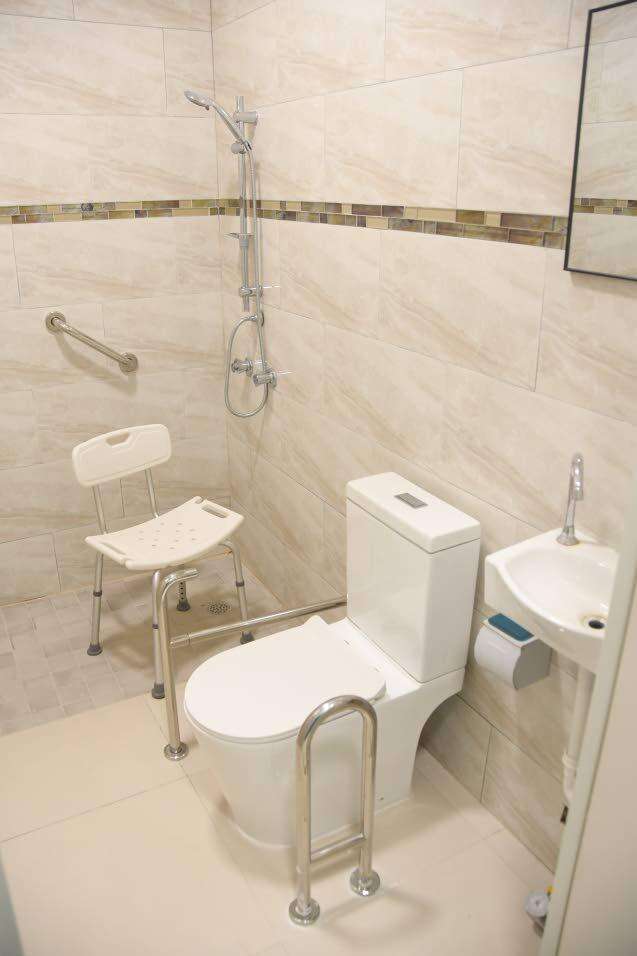 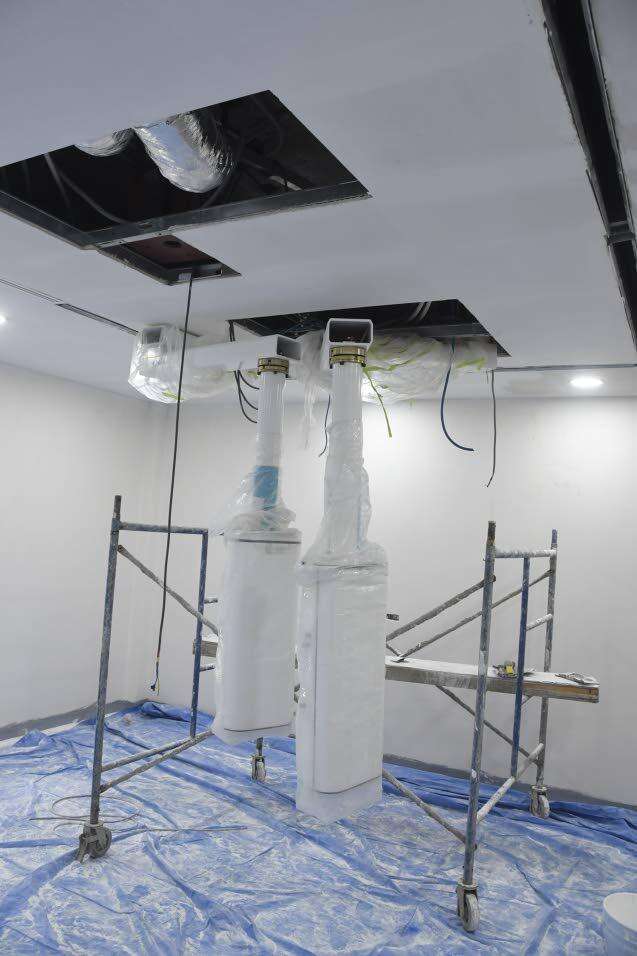 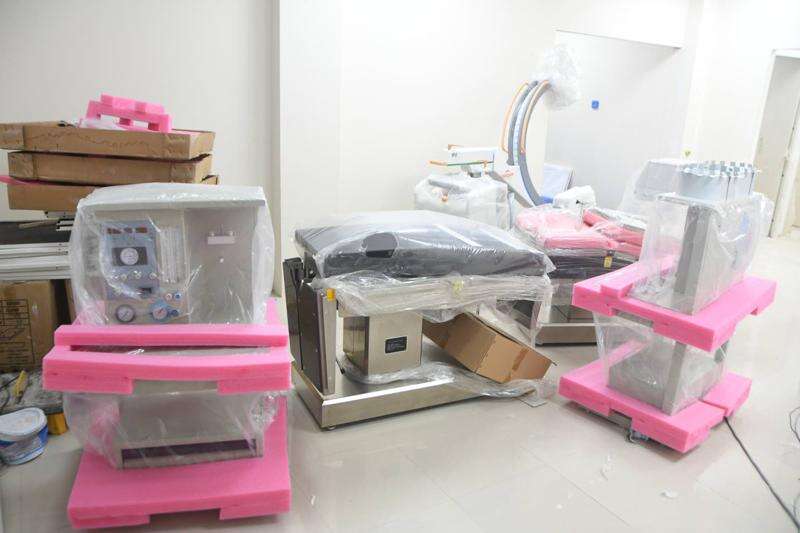