ilovejamaicans.com
Home News Portia: I ask that my name, image not be used in campaign 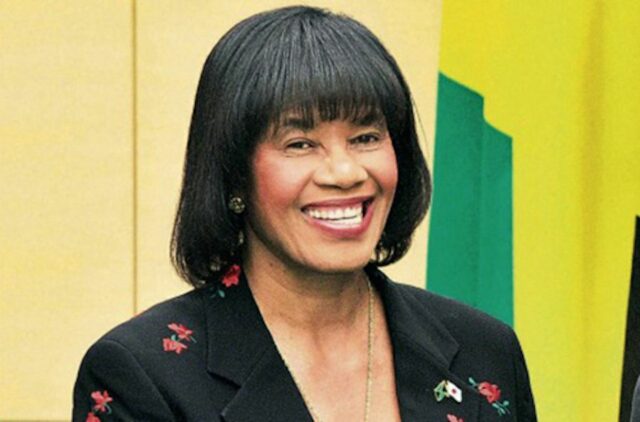 AS members of the Opposition People’s National Party (PNP) begin to declare support for President Dr Peter Phillips and challenger Peter Bunting, former party president Portia Simpson Miller has come out publicly stating that she will not be supporting either candidate.

Simpson Miller’s response was triggered by social media posts which suggested that she has thrown her support behind a particular candidate.

The former prime minister released a statement on Twitter, distancing herself from both camps.

“It has come to my attention that images of me are being circulated, giving the impression that I have taken sides in the upcoming PNP leadership race. I have not and will not take a side. I ask that my name and image are not used in the campaign,” Simpson Miller said.

Bunting last weekend declared that he would challenge Phillips for the top job, a move some PNP members and supporters have condemned.

Simpson Miller, meanwhile, called for a “clean and respectful” campaign, noting that the work of the party must continue when the contest ends.

“I encourage Comrades to campaign vigorously for their candidate, always mindful that after the internal contest we must continue our preparation for general elections. Keep the campaign clean and respectful. My first loyalty and duty will always be to the People’s National Party,” said Simpson Miller.

Bunting has listed several reasons for his challenge, including the party’s most recent loss at the poll in Portland Eastern.

He said uncertainty can be debilitating for a political movement and as such he is offering to take over the reins of the 80-year-old organisation.

He said the decision was a careful one which, he believes, is in the best interest of the party.

Bunting’s leadership challenge is the first since 2008 when Phillips himself challenged Simpson Miller. He lost that election.

Prior to that time, Simpson Miller outlasted Phillips by 200 votes when both were among four candidates who sought to replace the retiring P J Patterson.

The February 25, 2006 contest polarised the party, which many believe is yet to fully recover after the bitter presidential battle.

A date has not yet been set for the contest.