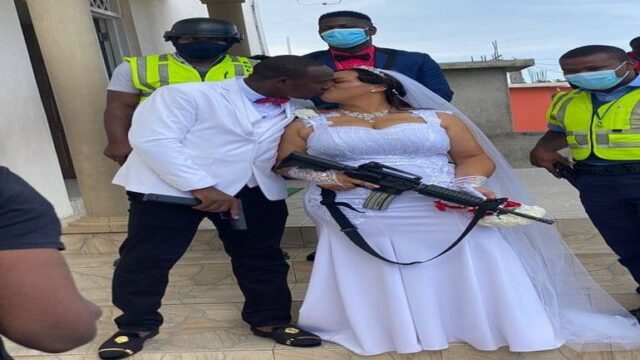 Head of the police’s Corporate Communications Unit, Senior Superintendent Stephanie Lindsay, says that a high-level investigation is under way into the origin of a photo that involves persons, allegedly police personnel, toting firearms.

Although tight-lipped, Lindsay told THE STAR yesterday that the image, depicting a bride and a groom posing with an assault rifle and a handgun, respectively, has been brought to the attention of the Jamaica Constabulary Force (JCF) hierarchy. She said that the Inspectorate and Professional Standards Oversight Bureau (IPROB) is leading the investigation.

In the photo, the bride, alleged to be a police sergeant, had both hands firmly gripped to the JCF-branded assault rifle as she leaned over to kiss her groom. In the background were two police service members dressed in uniform. – R.M.