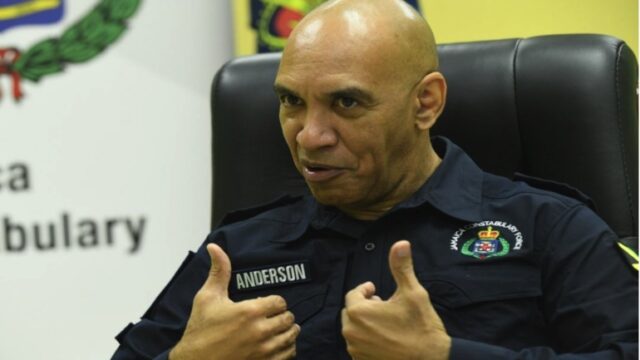 Commissioner of Police, Major General Antony Anderson, is reporting a reduction in crime during the three-weekend lockdowns that were implemented as part of measures to curtail the spread of the novel coronavirus.

He said that during the first weekend lockdown there was an increase in murders, but the rates steadily declined over the next two weekends.

“Then the next one it dropped and the following one it dropped, as we adjusted our strategies around what is happening, particularly in the corporate area,” Major Anderson said.

He was addressing the Crime Consensus Monitoring and Oversight Committee’s digital briefing on Thursday.

Major Anderson explained that the change in strategy led to “some quick responses to things that were unfolding to try and keep them under control”.

“So where we are now… all major crimes are down 12.4 per cent at the moment. So…is it (lockdown) a valuable tool also for crime control? To an extent it is. What we have found, especially with the gang-related matters is that the gangs find the space… if you give them a couple hours, they will try and get at each other,” he noted.

“But what we have been doing is following up on them very rapidly and solving these cases very quickly and where people are doing things like… drive-bys or robberies, we are actually responding a lot quicker and actually capturing them,” he pointed out.

The Police Commissioner noted that the message is going out that “it’s not going to be easy to commit crimes and get away with them”.

“What you are actually seeing is, as we have invested in our technologies and transportation has gotten better, you are starting to see the payoffs,” Major Anderson said.

The Crime Consensus Monitoring and Oversight Committee was established in 2020 with a mandate to set goals aimed at mitigating crime and reporting to the public.

The independent body, which comprises nonpartisan stakeholders from the private sector, civil society, academia, and the political directorate, is chaired by Jamaica Chamber of Commerce (JCC) President, Lloyd Distant Jr.