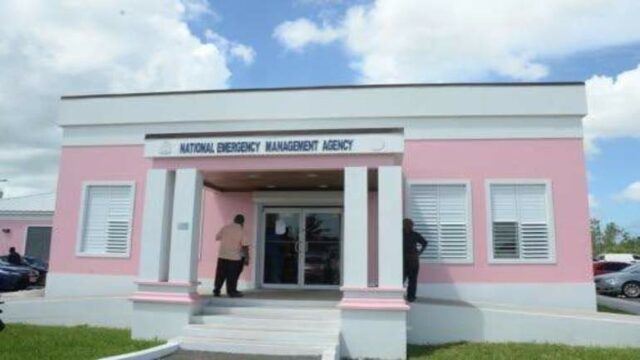 NASSAU, The Bahamas — The individual designated by Jamaica to look after its citizens’ affairs in The Bahamas has issued a warning to those displaced by Hurricane Dorian who might be in the 700-island archipelago illegally.

The honorary consul for Jamaica in the country on the north-western edge of the West Indies, Terrel A Butler, said illegal migrants should get their affairs in order or prepare to return to their homeland.

With an estimated 8,000 Jamaicans in The Bahamas, some are among the thousands of people who have been left homeless after the category five monster storm wiped out sections of the islands of Abaco and Grand Bahama two weeks ago.

More than 5,000 of those affected have been evacuated from the devastating northern Bahamian islands — Jamaicans among them.

“If they’re able to provide for themselves, and they have status in the country, naturally they can remain,” Butler said in an interview with the Jamaica Observer at her Shirley Street and Victoria Avenue office in Nassau, last Thursday.

“However, for those persons who do not have employment and do not have status, it is best that they return home because we don’t want a situation where they have overstayed and they’re brought before the court to face criminal charges,” the attorney-at-law added.

The honorary consul could not definitively say how many Jamaicans are living in The Bahamas, explaining that the number is “fluid”. However, she said if any are in fact in the country illegally, this is not something they would disclose.

One week after the hurricane decimated the islands in the north of the archipelago, leaving at least 51 dead and 1,300 still unaccounted for, the Bahamian Government said it had suspended a crackdown on illegal migrants in the affected islands.

The Caribbean Media Corporation (CMC) reported last week Tuesday that Bahamian Minister of Financial Services, Trade, Industry and Immigration Elsworth Johnson said that with the country “presently experiencing a humanitarian crisis in the aftermath of Hurricane Dorian, strict instructions have been given to the immigration department that our concentration is on assisting with the humanitarian efforts to rescue and save lives regardless of place of origin, nationality or immigration status”.

According to the Barbados-based content provider, Johnson also said the authorities were obligated to, and will continue to secure the country’s borders, and that all domestic apprehension exercises in the affected areas were suspended.

The minister did not put a timeline on the suspension of the immigration crackdown.

“We must recognise, at some point, they (Jamaicans) would have to ensure that they have the correct document and the correct status in this country because we do not know how long this waiver will last,” Butler said. “So they need to get themselves in a position of readiness to leave, if they are not legally in the country.”

The honorary consul told the Observer that even if illegal migrants were to reach out seeking assistance, her office would not be able to “give them Bahamian status”.

“We assist them with documents that have been damaged or lost during the hurricane, and [we assist] those persons who need emergency certificates to travel home, once they can prove that they’re actually Jamaican citizens,” she explained.

Described by United Nations Secretary General António Guterres as “category hell”, Hurricane Dorian marched over sections of the islands of Abaco and Grand Bahama after making landfall on September 1, wiping away everything in its path.

The devastation in its wake, which includes a death toll that the Bahamian Government believes will increase “significantly”, left more than 70,000 people “in immediate need of life-saving assistance” according to the United Nations.

On Monday, National Emergency Management Agency (NEMA) spokesman Carl Smith said The Bahamas is nearing the end of the immediate response phase of the emergency management strategy, which included activities such as search and rescue, rapid damage and needs assessments, and the provision of first aid.

“We are also opening and managing temporary shelters for those left homeless, as well as providing humanitarian assistance to the people affected,” he said at a press conference at NEMA’s Gladstone Road office.

Smith said as the immediate response phase winds down and there is no longer an immediate threat to peoples’ lives, the country is starting to move into the second phase — recovery.

“During this phase we will focus on restoring basic services and lifelines, even on a temporary basis. This includes restoring the road network and other essential facilities, including bridges, airports, ports, and helicopter landing sites,” he said, adding that the final phase of the response is reconstruction.

“The focus during this stage will be on rebuilding infrastructure on the islands and restoring the livelihoods of the people affected by Hurricane Dorian,” Smith said.