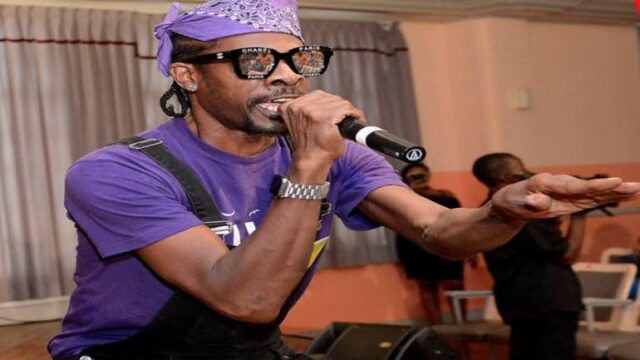 Dancehall veteran Mr. Lexx has announced that he is stepping back from his prolific music career to give his “full hundred” to his other talents, which include acting and fashion design.

The entertainer said he will be retiring after releasing an EP and a final album later this year, and possibly doing a few tours.

“I never wanted to announce it prematurely; I really didn’t want to break the news like this, but it’s time to take my leave from the music scene. After doing this for 30 years, I feel it’s time to try new things,” Mr Lexx told THE STAR.

He anticipates that he will be able to debut songs from the album — which he has named Like I Never Left — in May, his birth month, though nothing is concrete just yet.

The deejay’s retirement announcement comes almost two months after he was hospitalised after experiencing respiratory distress during a performance. It turned out that Mr Lexx’s lung had collapsed, which required emergency surgery, but he does not attribute his recent decision to retire to the life-threatening incident.

He said, “I am a multitalented individual, and this whole music thing… it gets exhausting spending so much time doing one thing so long. My going into the hospital was definitely scary and an eye-opener, but I just think it is best I explore my other talents before me get really old.”

A former student of the now defunct Fox Drama School in Kingston, Mr Lexx, whose given name is Christopher Palmer, said he had for long taken an interest in the theatre and film industry.

Throughout his music recording career, he had received several opportunities to act, including a small role in 2010 in the American independent film titled Wah Do Dem. It is about a man who wins a Caribbean cruise that takes him to Jamaica, where he gets to meet musicians. The movie featured renowned Jamaican actor Carl Bradshaw and award-winning singer and songwriter Norah Jones, who was named the Top Jazz Artiste of the 2000s decade. One year later, Mr Lexx was back on set with seasoned actors such as Oliver Samuels and Paul Campbell for Out The Gate.

The Full Hundred deejay said that he does not know if an artiste can truly retire from music, especially with persons constantly requesting their presence on stage, but making a decision, for him, “is the first step into that direction”.

“I like to be named the first in everything, so maybe I will be the first dancehall entertainer to truly retire from the stage or recording. I really see myself fulfilling other dreams and showing my country all that I’m capable of doing for its culture,” said Mr Lexx, who first showed he was versed as a deejay in 1992 at the popular Sunday night dances featuring Super Dee sound system in Kingston’s busy dancehall.