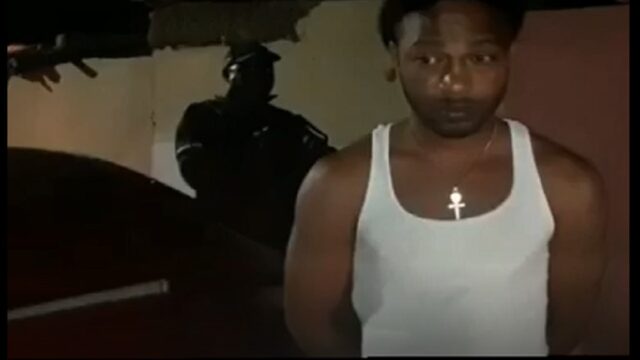 A man who launched an expletive-laden tirade against Prime Minister Andrew Holness about the all-island curfew imposed by Government was among 10 persons charged Thursday for breaching the restriction.

He has been identified as 37-year-old Dayne Mitchell of a Penso Street, Kingston address. Mitchell was seen on Wednesday evening in a viral social media video stating his refusal to comply with the order which was imposed as part of the Holness administration’s efforts to contain the spread of COVID-19 in the island.

Mitchell and nine others were charged for breaches of the Disaster Risk Management (Enforcement Measures) (No. 2) (Amendment) (No.2) Order, 2020 following the first night of the week-long nightly curfew.

Scores of persons were warned for prosecution and cooperated, according to the police, which noted that no homeless persons were arrested anywhere in the country.

Persons are reminded to comply with the nightly all-island curfew from 8 pm to 6am.

“Failure to comply may put others at risk of contracting the coronavirus and can result in actions taken against a non-compliant individual,” the police said.

In the viral video, Mitchell was heard stating that he along with his friends had no intention of coming off the road but were instead preparing to have a good time outdoors.

The video showed the man and a group of other persons gathered around a table while drinking what appeared to be liquor and behaving boisterously.

All of that would come crashing down as he was later seen in handcuffs and in conversation with senior police officials.

“We thank the many persons who played their part in both bringing this video to our attention and helping us with our investigation. Swift action by the police has resulted in the narrator of the video being taken into custody,” the police said in a social media posting.

Police sources said the man was found hiding under a bed at a premises. Police did not state where the premises was located.