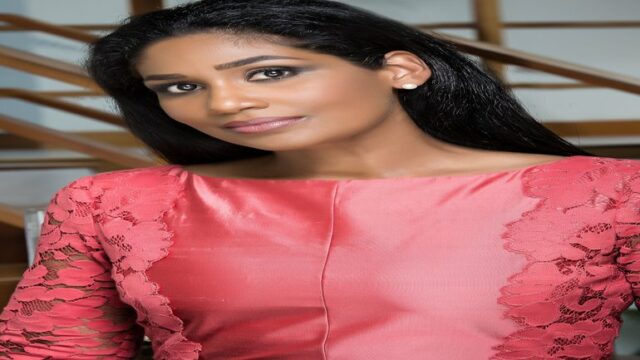 In her sectoral presentation last week in Parliament, Opposition spokesperson on foreign affairs, Lisa Hanna, continued her complaint that Jamaica had turned its back on embattled Venezuela. Hanna, however, spent more of her speech on foreign trade.

Following are excerpts of her presentation:

Foreign affairs is a pervasive, perennial companion whose daily intrusions into our national and personal lives are more bewitching than Gladys Kravitz and more invasive than mandatory NIDS (national identification system).

However, as a result of this Government’s missteps in foreign affairs, for the first time Jamaica’s international reputation for honourable decision-making has been brought into sharp scrutiny. At the OAS and Caricom went in one direction and Jamaica another. We turned our back on a friend who supported us when we were in need; and at the UN we were MIA when needed for a principled vote.

I’ve had numerous opportunities (especially) over the past year to speak about these new obsequious postures in international fora. So, rather than revisit history to repeat myself at great length, I’ll use this time to focus on foreign trade, which with the right policies provides the greatest opportunity for our citizenry to improve their wealth and quality of life.

For far too long Jamaica’s growth rate has been very slow. What we’ve been doing has not worked, and yet we still continue to approach the problem in the same way. In October 2017 the Ministry of Foreign Affairs and ForeignTrade/GOJ created a National Foreign Trade Policy. Page 2 of the document outlines:

“The overall aim of Jamaica’s trade policy is to increase exports in goods and services, while managing the flow of imports in such a way that the economy benefits in a sustained manner. Specifically, it seeks to ensure that Jamaican firms obtain access to strategic markets under the most favourable conditions. The policy also seeks to create an enabling environment to allow firms to be more competitive to make use of this access. For small economies like Jamaica, which cannot meet their needs from internal production and the domestic market, international trade is critical to their sustained economic growth and development.”

The policy delves deeper on page 15: “At the national level, Jamaica’s trade policy can be said to be always export-led, even when the country introduced an import substitution policy in the 1950’s…” Good God, what a contradiction in terms!

I suggest the contradiction in that statement is the major source of our poor export performance, and economic growth. In theory, import substitution gives the producer a guaranteed local market with the expectation that he/she will use that market to become efficient and then export. But, in reality, this only creates monopolies that incentivise local producers to take advantage of the local market through higher prices while ignoring the export market. This only ensures ordinary Jamaicans are driven further and further away from prosperity.

This is why over the last 50 years Jamaicans’ per capita income has grown marginally, while those of places like Singapore, and Dubai (UAE) have increased by multiples of 100. Their success lay in their vision of the world as their trading market so they facilitate their local businesses to sell to this market, not the other way around.

The world today is radically different from the 1950’s, and we need a new attitude designed for success. What does the world look like? Today buyers and sellers don’t have to physically interact with each other. I can stay in Parliament and order a shipment online from manufacturers in China and have it shipped to my door step in Jamaica.

Technology and automation have taken over physical labour. Machines can produce four billion quart bottles of engine oil in Lagos annually, using only 15 people to run the factory floor. I’ve seen it myself. Global companies now dominate world trade and are merging to get bigger and more influential with a higher degree of specialisation.

Volkswagon bought Porsche and Audi. 3G, a Brazilian company and family business, acquired AB Inbev, which owns international brands Budweiser, Miller and Corona along with 397 other beer brands, including Banks Brewery in Barbados. If that were not enough, they also own Heinz, Kraft Foods, Tim Hortons and many more. This group has sales in excess of US$100 billion.

By comparison Jamaica’s GDP in 2016 at US$14 billion was less than one-eighth of the size of this company’s sales.

Despite Jamaica’s leadership in having the first refrigerated banana ship sailing from our shores to the UK in 1901 and the refrigerated container having been invented in 1930, our agricultural exports have remained relatively the same over the last 100 years.

China’s population is one billion 300 million (more than four times the US). Our market of three million does nothing to advance the Chinese economy in any meaningful way. But consider this:

If Jamaica had just one product that appealed to five per cent of the Chinese population, that would be 65 million purchasers, at US$20 per product, per person, per annum, that would be US$130 million in annual sales. In Beijing and Shanghai there’s a coffee shop on every corner. So why not coffee in retail packaging being sold to China online?

We must stop selling just beans for others to finish the goods. As leaders we must facilitate the creation of value-added coffee products right here in Jamaica for export and the Coffee Board must stop treating small coffee farmers like slaves and allow them to do their own foreign marketing and trade. Regulation and certification, yes. Suffocation, no!