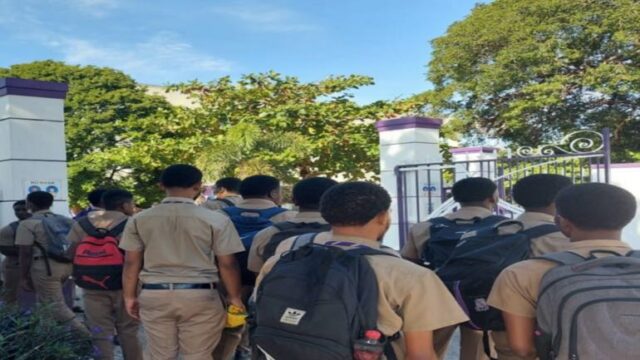 Several students at Kingston College were barred from entering the compound this morning as they were deemed not properly groomed.

The exercise started as early as 7:30 a.m. and as students arrived for school, they were told that they will not be admitted.

The majority of the students were told that their hairstyles were deemed improper or not fit for the classroom.

“Sir ah the last week of school, we have exams next week. This is not right. The government says they must not turn us out and this is what they are doing,” a grade 11 student told The Gleaner.

Some of the boys remained at the gate while others went home.

“This completely goes against what the ministry [of education] says. Most of these students are preparing for CXCs. If anything happens to any of these boys, it will be on KC,” a disgruntled parent told The Gleaner.