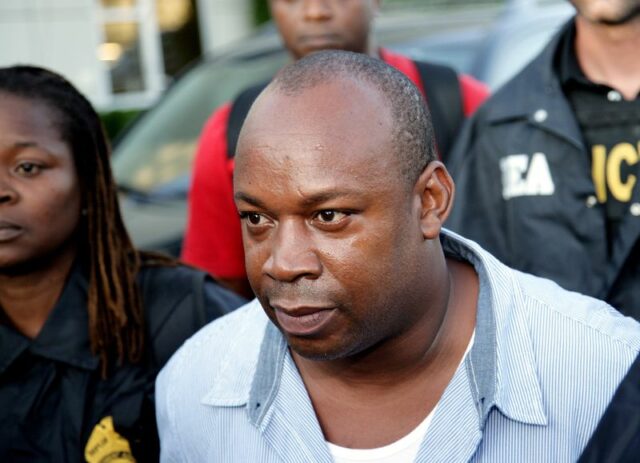 An undocumented Jamaican man who helped the United States (US) authorities convict drug kingpin Christopher ‘Dudus’ Coke is now fighting to remain in the US, according to a report in the New York Daily News.

The man has been identified in court papers only as Sean B.

According to court documents, Sean B was a ‘general’ in Coke’s Shower Posse known as ‘Cowboy’ before he agreed to become a cooperating witness in the former Tivoli Gardens strongman’s 2011 trial on drug charges.

The trial was averted after Coke pleaded guilty to trafficking more than three tonnes of marijuana and 30 pounds of cocaine into the US.

Seeking to convince US authorities not to deport him to Jamaica, Sean B said his decision to become a cooperating witness against Coke made him a marked man and was tantamount to a death sentence.

“If I return to Jamaica, I am dead as soon as I get off the plane. I testified against one of the most powerful men in Jamaica,” he said in a sworn statement.

“Being a snitch [informa] in Jamaica is one of the worst things you can do, and I am branded as one for the rest of my life. I will be killed in Jamaica if I return.”

“Since (Sean’s) testimony, his sister’s house was burned down, the house of his children’s mother was bombed, six of his cousins have been murdered, and his father was forced to flee the country,” McNulty said in a ruling last week.

The newspaper reported that on May 30 immigration agents put ‘Cowboy’ on a private plane bound for Kingston before the government received a restraining order signed by McNulty blocking his deportation.

Gregory Copeland, one of the attorneys who represented Sean B, told the news outlet that what happened after he landed in Jamaica was “cinematic in terms of how insane it was.”

Copeland said his client tried to lay low with a family friend, a sister and others.

However, during a walk outside, “people were waiting for him with a machete and sawed-off shotgun”, Copeland said.

“Sean jumped over fences, hopped in a cab and frantically called his legal team back in the US from a payphone”, the attorney said.

Another attorney, Craig Relles revealed that three days later, Sean was back in the custody of the Immigration and Customs Enforcement (ICE) agency, after McNulty ordered that he be returned to the US.

Relles said federal agents hid his client in a hotel in Jamaica until he could be returned to the US.

Since then Sean has remained in an ICE detention facility.

“I find it quite likely that a person in that position in Jamaica — in hiding, and under a threat of death — could not effectively litigate an immigration appeal,” McNulty wrote.

“Not to put too fine a point on it, the death threats, if carried out, would moot and defeat the review process.”

Sean has had numerous run-ins with US authorities before becoming a cooperating witness, including two deportations for illegal entry.

After trying to come in a third time in 2009, he pleaded guilty to drug trafficking charges and began working with the government.

John Zach, a former federal prosecutor in the Coke case, confirmed that Sean B testified “at great personal risk to himself” and offered firsthand insight into Coke’s organization and how it operated in Jamaica and the US.

McNulty noted that a manhunt for Coke in 2010 resulted in an “armed insurgency” in Jamaica that left 70 people dead.

Sean was permitted to work legally in the US, making it unclear how he ended up on ICE’s radar in January this year, the New York Daily News reported.

A spokesman for ICE declined to comment on the case but noted Sean’s numerous criminal convictions.

He has a bail hearing in immigration court next week.