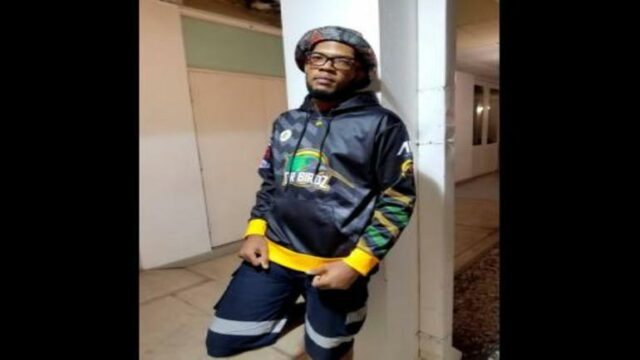 When parents buy their children a gaming console, they’re providing them with a fun pastime, not encouraging them to pursue a career playing games.

The former is what the parents of 24-year-old Javaughn Taylor thought when they bought him his first Nintendo Playstation at age six. But it was the latter that took place.

Taylor said he wanted to become a pilot at first, but fell in love with games and decided to pursue his passion.

“I was hooked from that day. And then I started visiting games arcades to improve my skills and eventually saved up enough money to buy my own gaming computer,” he said.

Now he goes by the name Game Hero, and is one of the most popular game streamer locally with almost 6,000 followers and subscribers on social media.

He also has the most following, for a local player, from Twitch, the leading live-streaming platform for gamers worldwide, and is a member of Dr Birdz, the Jamaica National Gaming team.

He said that he is ‘strong’ in most first-person shooter games and ‘pretty good’ in racing games.

Taylor told THE STAR that he earns approximately $50,000 monthly, which he says has the potential to grow.

“I earn from my subscribers and followers online, as well as the work I do with JEI (Jamaica E-Sports Initiative),” he said. Taylor noted that there are many ways to earn in the industry.

Taylor said that although his parents were disappointed in his career choice at first, they are now proud of his achievements.

“Most parents do not understand video games, so naturally they scoffed at the idea. My earnings have increased and now my parents are proud of what I’m doing,” he said.

He said that most people have the wrong perception about gamers.

“Most people may think that playing video games is about sitting in a room or basement alone with little to no social interaction. I can safely debunk that theory because most of my friends reside in countries I have never dreamed of travelling to. I get to meet people of all cultures and nationalities and I can’t think of many careers that will allow you to do that,” he said

Taylor believes that the gaming industry is growing, and said more young persons should consider gaming as a feasible career option.

“It is viable once you have the passion and the drive. In order to be successful, it requires a full-time schedule even more than your standard nine to five job. Once you treat it as a business, then it will eventually pay off. The growth potential is immense,” he said.