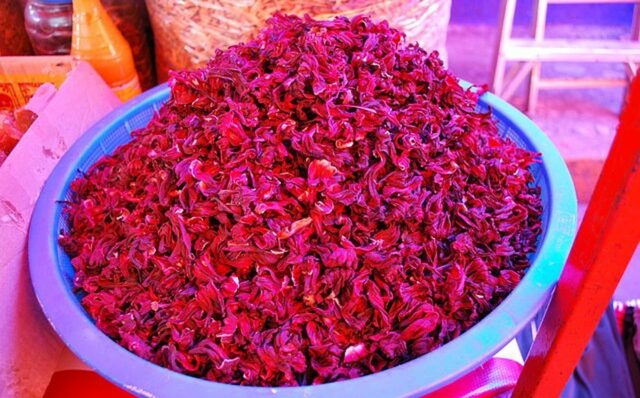 In laboratory tests, Jamaica “hibiscus” water killed twice as many bacteria as chlorine and up to five times more than commercial disinfectant.

The scientist of the Autonomous University of the State of Hidalgo (UAEH), Javier Castro Rosas, created products based on Jamaica that act against resistant bacteria resistant and not resistant to antibiotics for use in food, as well as in human and veterinary medicine.

In an interview, the specialist explained that he started the project more than 15 years ago, in view of the worldwide concern about antibiotic resistance. The said plan consists of developing the products from the chalices of the vegetable; directed to control harmful bacteria resistant to antibiotics and also has an effect on bacteria that are not.

“To disinfect lettuce it is necessary to put four to five droplets of commercial disinfectant based on colloidal silver in the water to disinfect, or chlorine as recommended by the Ministry of Health; however, there is scientific evidence that these treatments are not efficient, “he said.

The researcher added that if there are a thousand typhoid bacteria in the lettuce, the commercial disinfectant eliminates only between 100 to 200; chlorine between 400 to 500, and simple water of Jamaica kills between 800 to 900 bacteria.

He said that although it is more effective than chlorine, it does not eliminate all bacteria, so formulations have been developed by taking plant compounds and mixing them with vinegar or citric acid such as lemon juice, in such a way that they eliminate all Pathogenic bacteria of lettuce.

Castro Rosas stressed that his project has 10 patent applications for products derived from the plant registered with the Mexican Institute of Industrial Property. Currently, there is a specific patent application on the use of some of the compounds of this plant, such as hibiscus acid and its derivatives, for use as an antimicrobial or preservative in any material, including food or medicine.

Botanical Roots: Why you should use leaf of life

Botanical Roots: Why you should eat guava