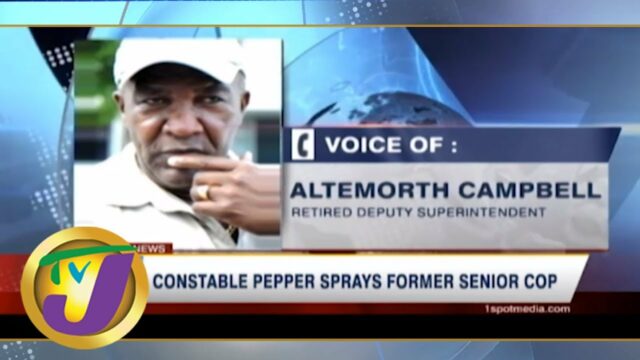 Watch the Video Below

A video of a former deputy superintendent of police being pepper sprayed by a constable during a traffic stop has been racking up the views on social media.

Former Deputy Superintendent, Altermoth ‘Parro’ Campbell was pulled over in a routine traffic stop in the Corporate Area after he reportedly overtook a line of traffic. After being questioned by a policeman, Campbell informed the cop that he was not in possession of his driver’s license.