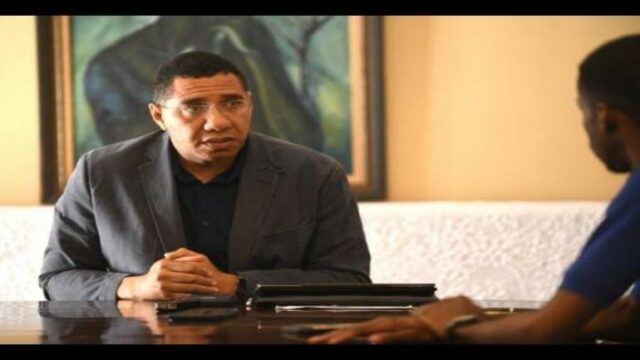 Some policemen on Wednesday hit back at Prime Minister Andrew Holness after he neglected to point out that cops are not the only ones who have links to dons.

“This business of the don must be addressed,” he said, adding that Jamaica is faced with the triple threat of dons, gangs and guns.

“We need to make it a crime to recruit any youngster into a criminal organisation. We know who the dons are, but sometimes we know them too well. We have to separate the dons from their friends in the police force,” Holness said. Until that separation takes place, Jamaica won’t be able to address the crime situation, the prime minister said.

However, a section of the delegates gathered in the hotel’s ballroom seemed to have taken offence, shouting “politicians” in obvious reference to the perceived link between politicians and dons.

But he never did.

Meanwhile, Fitz Jackson, the opposition spokesman on national security, said the Government should review its plans to disband the Mobile Reserve, the paramilitary arm of the force.

“Last June, the country was told of Mobile West. Nine months later, you say the Mobile Reserve is disbanded. I want to implore you to rethink that one,” Jackson said.

“There is a better way,” Jackson suggested to loud applause from the several hundred delegates at the conference.

Jackson said the right solution doesn’t rest in the minds of a few persons but is available through consultation.