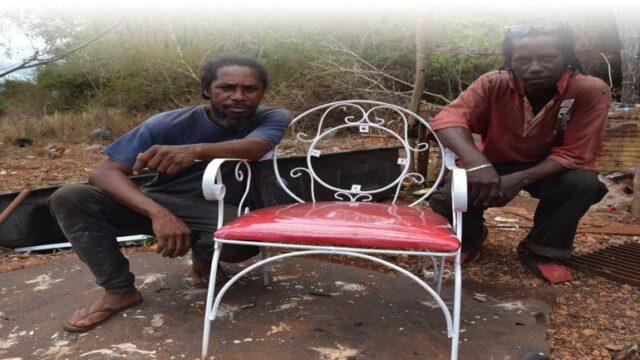 Glenville and Alvern Simpson have never set foot in an educational institution, so for them working in the corporate world is out of the question.

Forced to turn trash into cash, Glenville said they started to experiment on ways to make money from as early as age nine. He said that over the years, they have done ‘side work’, but they have never had consistent work. At one point, they hit ‘rock bottom’.

“Wi never have nothing to do so we decided that we were going to do something. We always a play round with appliances from wi likkle, so we decided to go in business. We go round and collect old things such as TV, old fridge, stove, and even furniture. We fix them up and sell them back cheap cheap,” he said.

The brothers have been in business for a little more than two years.

Alvern told THE CENTRAL STAR that people have been supporting their business and he and his brother are looking to expand soon.

He said that people are often amazed at what they are able to do with the old furniture and appliances that no one wants. 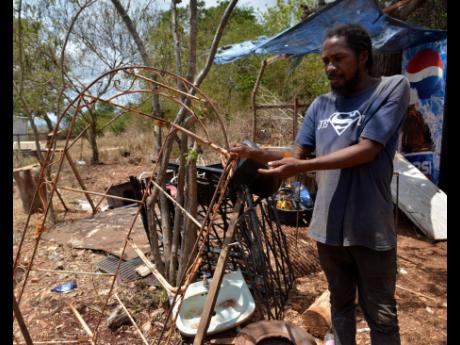 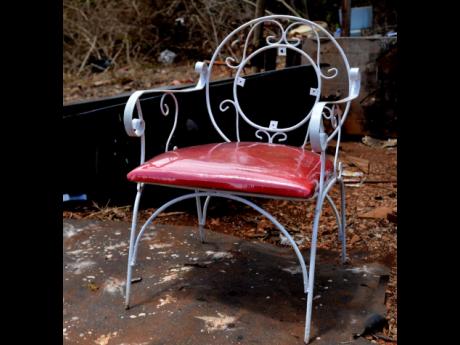 “Wi pick up the old things that people don’t want and make them brand new,” he said.

“Mi nuh want the good things dem. Mi want the old stuff them because that benefit wi more. When wi do wi work and put them back together, it a benefit wi. When people see that wi can fix the old things them, wi get compliments. You see like all this old chair now, when you see this back next week, you nah go know seh it did mash up. It pretty like money,” Glenville added.

The Cheapside, St Elizabeth, native, who is affectionately called ‘Appliance’, said that people from all over have shown interest in his work and some have even travelled from St James to get his product.

He said they have decided to do this because not everyone can afford new appliances and furniture.

And in an area that does not have many job opportunities, people are happy with the new and improved products they produce.

He said that they can remake anything that the client desires and that is why people always come to them.

“Some people weh can’t afford the new one, so we build them and sell them cheap cheap. When people throw out them old furniture, we tek them and build back something new. People will come to us and seh they want something to be done and they will pay us in a month, so wi build it and put it down for them,” he said.

Their only hindrance is their inability to work at nights, something the Simpsons said they would love to do. To achieve this, they want to create a building at the back of their house equipped with proper lighting to house their tools and work longer hours.