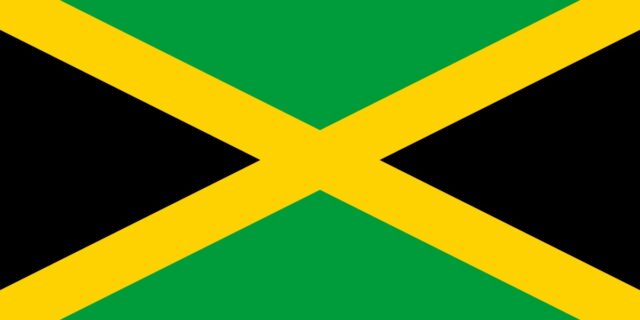 Jamaica is well known for its beautiful beaches, Bob Marley and its reggae music, but what is less known is that the Caribbean island started a silent revolution after being one of the most indebted developing countries in the world. Jamaica has shown a macroeconomic turnaround that is quite extraordinary.

As Bob Marley said, “ It takes a revolution to make a solution.” After decades of high debt and low growth, Jamaica has changed its growth trajectory, with positive economic growth for 16 consecutive quarters and growth getting closer to two percent. During that period, the Jamaica Stock Exchange went up more than 380 percent. The credit agency Fitch upgraded the island’s debt to B+ rating with a stable fiscal outlook, and unemployment hit eight percent in January, the lowest in decades.

The Government had a wake-up call when its debt overhang peaked at almost 150 percent of GDP in 2013. With the support of the International Monetary Fund, the World Bank and the Inter-American Development Bank, the country embarked upon an ambitious reform programme. These efforts have paid off. Jamaica is now one of the few countries that have successfully cut public debt by the equivalent of half its gross domestic product in a short time frame.

This fiscal turnaround and economic transformation were possible because of the strong commitment across political parties over two competing administrations and electoral cycles. The country also critically benefited from a sustained social consensus for change and the strong backing of the private sector. The country has generated primary fiscal surpluses of at least seven percent of GDP for the past six years and remains steadfast in its commitment to fiscal discipline. These fiscal results make Jamaica a top performer internationally.

For this silent revolution to continue and bring greater prosperity to all its people, Jamaica will need to further boost the investment climate, strengthen economic and climate resilience, and invest more in its people to build human capital. These are necessary complements to the maintenance of a strong macroeconomic framework and would help boost economic growth and job creation. There are encouraging signs that Jamaica is taking action in these areas.

With regard to the business climate, the National Competitiveness Council has adopted a road map to fast-track reforms to improve the business environment. Jamaica features in the top 20 countries in the world for its comprehensive credit reporting systems and ranks among the best globally in the area of starting a business, according to the World Bank’s 2019 Doing Business report. It only takes two procedures and three days for an entrepreneur to start and formally operate a business. There have been advancements on public-private partnership investments. For instance, the Norman Manley International Airport public-private partnership was recently completed with the advisory support from the International Finance Corporation, the private-sector arm of the World Bank Group.

Jamaica is also a front-runner among Caribbean countries in promoting climate and financial resilience in the face of natural disasters. The economic cost of these disasters for the Caribbean is substantial, exceeding US$22 billion between 1950 and 2016, compared with US$58 billion for similar disasters globally. One serious storm or natural disaster could set back the country’s growth prospects and development achievements of recent years. To tackle this, the Government has adopted a Public Financial Management Policy Framework for Natural Disaster Risk Financing to facilitate the availability of dedicated resources for recovery in the face of disaster risks.

In order to further support Jamaica in its efforts to strengthen the economy, build resilience, and support human capital development, the bank will expand its financing by US$140 million. This financing package will be for a series of two operations to help Jamaica to be better prepared to mitigate the financial impact of natural disasters and build stronger infrastructure, and an additional project to strengthen social protection.

Despite unemployment at a new low, still too many young people are struggling to find a job. For Jamaica to continue to grow and prosper, it also needs to develop the skills for the workforce of tomorrow, especially in the areas of technology and digitalization. This requires a sharp focus on creating the conditions for youths to strive and succeed in the modern business world and close cooperation with the private sector in this respect.

Today more than ever before, young Jamaicans can dream of a brighter future where “ every little thing is gonna be alright”. This is the generation that must aim higher and can write a new chapter for its country. As we celebrate the 55th anniversary of the World Bank-Jamaica partnership, we look forward to working together to build on the success of the past few years and

– Axel van Trotsenburg is the World Bank’s Vice President for Latin America and the Caribbean. Mr. van Trotsenburg visited Jamaica from April 29 – May 1 and shared his impressions on Jamaica’s economic performance and reaffirmed the World Bank’s strong commitment to supporting the country in pursuing its economic transformation, thereby creating new job opportunities and further reducing poverty. The World Bank is celebrating 55 years of partnership with Jamaica.