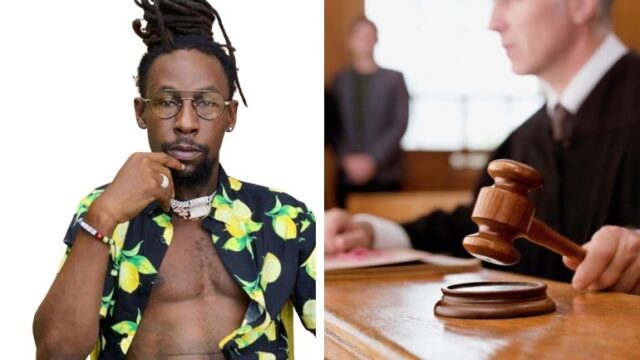 Reggae artiste Jah Cure will be spending his birthday, October 11, behind bars as a judge in the Netherlands yesterday placed him on remand for 14 days, while police there investigate allegations that he stabbed a promoter.

It is alleged that Jah Cure was arrested following a stabbing incident in Dam Square in the city center of Amsterdam on October 1. According to attorney-at-law Christopher Townsend, Jah Cure, who is facing several charges, may serve up to 15 years in the Netherlands prison system if convicted.

Speaking to THE STAR via e-mail, a representative from the Netherlands Public Prosecution Service said that the suspect in the stabbing incident was arraigned before the examining judge yesterday on primary suspicion of attempted murder. Other charges mentioned were attempted manslaughter, aggravated assault or attempted aggravated assault, to which Townsend explained, may “mean Jah Cure is facing up to 15 years”. Townsend said that sentencing will now depend on the circumstances of the offense or offenses.

“The judge will have to do a balancing act to see what are the circumstances so as to arrive at a particular sentence tailor-made for a particular offender. If not attempted murder — maybe manslaughter — and it is only an attempt because apparently, the person did not die. If it is there was a provocation, it is not murder anymore but attempted manslaughter,” he said. “If there is other evidence against him that’s found credible, then there certainly will be aggravating circumstances as it relates to sentencing because it would mean that the offender, having thought about it, then engaged in its execution. Once convicted, he will have to serve time in the Dutch prison system, and when he is through, after the punishment, he will be deported. We can hope that Jah Cure gets himself, good lawyers.”

The True Reflections artiste has been on tour across Europe for the past two months and was in Amsterdam to perform at the popular concert hall and cultural center Melkweg on September 29. It is alleged that two days after the Melkweg show, Jah Cure was in a violent confrontation with, and stabbed, a promoter in his abdomen.

A source told THE STAR that the promoter in question is Nicardo ‘Papa’ Blake, the head of Roots Vibes Promotion.

Additional details from the Netherlands Public Prosecution Service are that after the incident, the victim went to the police station to make a report, and he was immediately taken to a hospital, where he had surgery. A report was filed the following day and after a quick investigation, the police were able to arrest the suspect in Utrecht on October 2. The Amsterdam police are saying little about the progress of the investigation at this time. When contacted, Blake said, “Let the police finish with their investigation.”

“Now there is an open investigation, and I cannot say anything whatsoever in terms of the details,” he said. A date for a possible trial is not yet known.