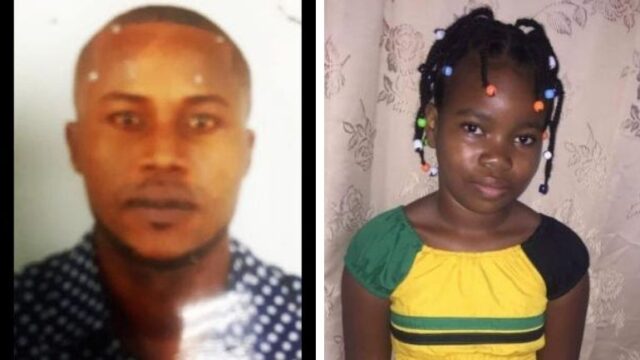 Davian Bryan of Bath, St. Thomas has been listed as a person of interest by the police in the suspected abduction of nine-year-old Phylisia Prussia.

The police believe Bryan can assist with the critical ongoing investigation.

Phylisa Prussia, was reported missing by her mother on Thursday, October 14.

She is of a brown complexion, slim built and about four feet, six inches tall.

It is reported that Phylisa was last seen at home wearing a white blouse and blue shorts.

The police say CCTV footage obtained from the area shows the nine-year-old being escorted by a male.

Davian Bryan is being asked to report to the Morant Bay Police immediately.

Bryan or anyone knowing of his whereabouts is been asked to contact the Morant Bay Police 876-982-2233, Crime Stop at 311 or the nearest police station.

IT ONLY TAKES SECONDS TO SHARE: 18-y-o female from Spanish Town gone missing in downtown Kingston