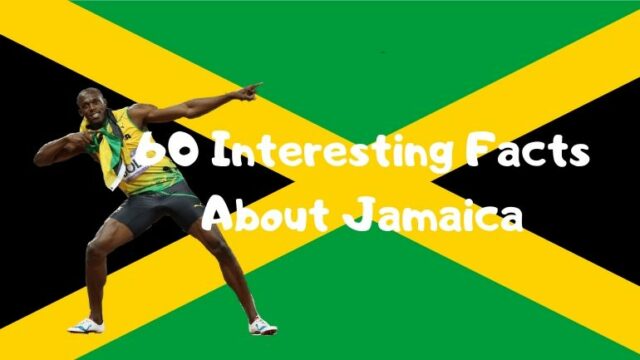 Jamaica is the 140th most populous country in the world. It has an area of 10,991 sq km. It is an island country situated in the Caribbean Sea. Its capital and largest city is Kingston. English is the official language and Jamaican Patois is the national language of Jamaica. Jamaican dollar (JMD) is its currency. The natives or inhabitants of Jamaica are called Jamaican.

It is the third-largest island of the Greater Antilles. While many people associate Jamaica with coconuts, rum, and lilting accents, the country has a lot more to offer. With these 60 interesting facts about Jamaica, let’s learn more about its history, culture, people, flag, reggae music, and some weird and funny facts.

1. The original inhabitants of Jamaica cultivated corn and yams. Today, Jamaica is famous for cultivating sugar cane, bananas, and mangoes, none of which are indigenous.

2. Jamaica produces Blue Mountain Coffee, a highly sought-after and expensive coffee that is popular across the globe. It is one of the rarest coffees in the world.

3. In 1988, Jamaica was the first tropical country to send bobsledding team to the Winter Olympics (Bobsledding – a winter sport in which teams of two or four teammates make timed runs down narrow, twisting, banked, iced tracks in a gravity-powered sled. The timed runs are combined to calculate the final score.)

4. Jamaica is home to over 200 species of exotic orchid, 73 of which are indigenous.

5. With 3 winners and 3 runners-up in the Miss World competitions, Jamaica truly does boast some of the most beautiful women in the world.

6. In 1994, Jamaica was the first Caribbean country to launch a website – www.jamaicatravel.com.

7. Jamaican, Kool Herc, is responsible for starting rap and hip-hop music. Google celebrated the 44thAnniversary of the Birth of Hip Hop with a Doodle on their home page on August 11, 2017. 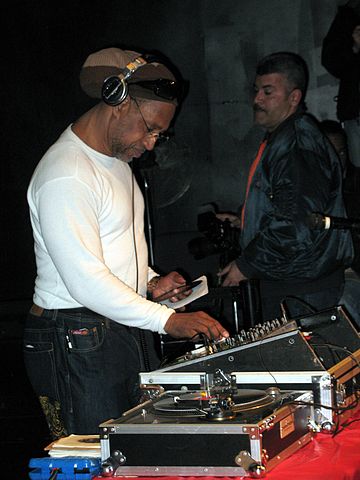 Herc spins records in the Hunts Point section of the Bronx at a 28 February 2009 event addressing the “West Indian Roots of Hip-Hop.” Image Credit – Wikipedia.org

8. Established in Jamaica in 1865, The Manchester Golf Club is the oldest in the western hemisphere.

9. Despite being predominantly Christian, Jamaica’s Jewish residents are among the oldest on the island.

10. The “healing waters of Jamaica” are made up of several natural mineral baths and hot springs that are thought to have therapeutic properties. 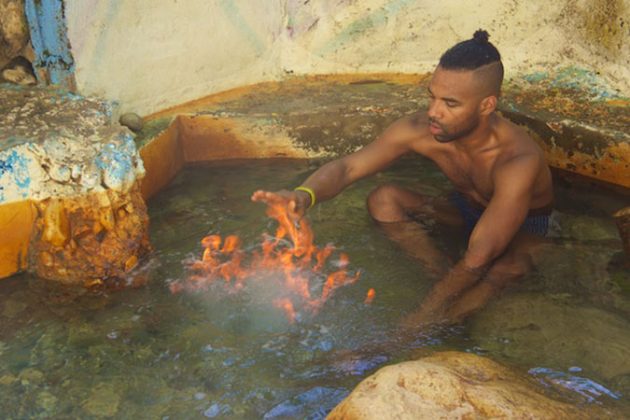 11. Surprisingly, Rastafarians make up less than 5% of the total Jamaican population.

13. While it may be widely spoken, Jamaican Creole or Patois is not a written language.

14. Jamaica’s Kingston Harbor is the seventh-largest natural harbor in the world.

15. Jamaica has one of the highest numbers of rum bars per square mile – a pleasant surprise for many visiting rum connoisseurs.

16. Cranberry is a sought-after luxury item in Jamaica.

17. Jamaica has more multiple live births (wherein the mother delivers two or more offspring.) than any other country in the world.

18. In 1688, Jamaica was the first British colonial territory to establish a postal service.

19. Reciting The Lord’s Prayer is a mandatory part of the morning proceedings in all public schools.

20. Jamaica was the first commercial producer of bananas in the Western world.

21. Chicken is probably the true favorite among Jamaican meat eaters.

22. Jamaica is home to the fastest man in the world, Usain Bolt. 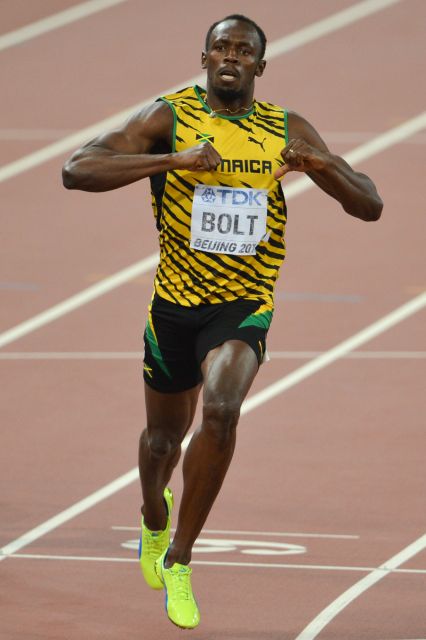 23. Back in the late 1400s, Christopher Columbus referred to Jamaica as “the fairest isle that eyes ever beheld”.

24. Jamaica is among the happiest places in the world.

25. Milk River Bath is known to be the most radioactive mineral spa in the world.

26. The most common greeting in Jamaica is a firm handshake accompanied by direct eye contact and a genuinely warm smile. Once they have been properly acquainted and friendship has struck, women will hug and kiss on each cheek, starting from the right.

27. In Jamaican culture, it is appropriate to wait until invited before using a new acquaintance’s first name.

28. Table manners in Jamaica are “Continental”. This means that the fork is held in the left hand and the knife in the right. Meals are generally served buffet style, with guests serving themselves from a bountiful spread. It is considered polite to have a taste of everything offered, and finishing every item on one’s own plate is a mark of good manners.

29. The island of Jamaica has one of the highest numbers of churches per capita in the world.

30. The family is of the utmost importance and includes a close-knit web of aunts, uncles, cousins, and grandparents.

31. Trust (or rather, a distrust of those in authority) is a major part of Jamaican culture. Jamaicans would rather place their faith in friends and family than trust any person with “official” status. For example, they prefer to form a “partner” with friends and family rather than go to a bank to secure a financial loan.

32. Due to the fact that its inhabitants stem from all four corners of the world, Jamaican cuisine is quite literally a melting pot of many culinary influences. The country’s national dish is Ackee and Saltfish, with jerk chicken, curried goat or mutton, and oxtail with broad beans bringing up the rear.

33. Despite the many hardships faced by Jamaicans, in general, they are a laid back people. The popular phrase, “No Problem Mon,” or some variation thereof is a fairly accurate summary of the Jamaican attitude.

34. Jamaica is the largest English-speaking island in the Caribbean. Although the national language of Jamaica is English, most people speak Patois, an English-based Creole language with strong West African influences.

35. The Hon. Louise Bennett Coverly (Miss Lou) is often thought of as Jamaica’s cultural hero. She played a large role in the promotion of Patois as a legitimate (and celebrated) means of communication.

36. In 1962, Jamaica was the first Caribbean country to gain independence from the United Kingdom.

37. Despite claiming independence, Jamaica chose to remain a member of the Commonwealth. Therefore, Queen Elizabeth II is still their head of state.

38. In 1845, 20 years after the first railway was built in Great Britain, Jamaica was the first Western country, outside of Europe and North America, to construct railway lines.

39. The original inhabitants of Jamaica were the Taino. Unfortunately, once conquered by Spain, the Taino came desperately close to extinction due to slavery and disease.

40. During the 19th century, many Spanish and British countries helped populate Jamaica with freed African slaves. Today, many people are direct descendants of these first settlers.

41. In 1997, Jamaica made history by becoming the first English-speaking Caribbean country to qualify for the World Cup.

42. Rum, the national drink of Jamaica, has been an important part of the country’s history since the 17th century.

44. The national flag of Jamaica is one of two in the world that have no colors in common with the U.S. flag. Wondering which one is the other? It is Mauritania’s flag.

45. Jamaica was the first country to take a stand and officially impose economic sanctions against the former Apartheid regime of South Africa.

5 Facts About Tourism in Jamaica

46. Whenever they leave the country, tourists are required to pay a $22 departure tax.

47. As the base of its economy, tourism is the most important industry in Jamaica.

48. Jamaicans are big on hospitality, which is why two of the country’s airports have VIP lounges to welcome tourists with that authentic Jamaican vibe.

49. There are 50 public beaches dotted around the island that are open to tourists. The most famous of these are Negril and Doctor’s Cave Beach in Montego Bay.

50. Over the last few years, Jamaica has consistently been ranked among the top five of the world’s top tourist destinations.

51. Bob Marley’s “Legend” is the highest selling reggae record of all time.

52. Worth a whopping $22 million, Shaggy is the richest living reggae artist. If Bob Marley were still alive, analysts predict that he would be worth $130 million.

53. Reggae was developed almost by accident in Kingston after rocksteady, which came about after ska.

54. Since its invention, Reggae has been a vessel for musicians to express political and social views. It has been tied to the Rastafari movement for many years.

55. There are more than 200 reggae festivals around the world each year.

5 Fun Facts About Jamaica for Kids

56. In Jamaica, they drive on the left side of the road.

57. There are only 8 species of snake indigenous to Jamaica and none of them are venomous.

58. Port Royal in Jamaica used to be called ‘The wickedest city on Earth’.

59. Ian Flemming wrote all 14 James Bond novels while he was living in Jamaica.

60. The second main indigenous people of Jamaica were the Arawak. They called this island “Xaymaca” which means “Land of Wood and Water”.