Home Culture How The Indians Came to Jamaica

Approximately 81,500 Indians live in Jamaica today, maintaining their own cultural organizations and roots but assimilated into the wider community.

Traditional Indian foods such as curry goat and roti have become part of the national cuisine and are now seen as ‘Jamaican’.

Laborers were each given one suit of clothing, agricultural tools and cooking pots on their arrival, divided into groups of 20 or 40 and sent, first by mule cart and in later years on overcrowded freight trains to the plantations in Portland, St. Thomas, St. Mary, Clarendon, and Westmoreland.

Here they worked for a shilling a day and lived in rudimentary barracks, with several families having to share a single room. Two shillings and sixpence were deducted from their meager wages for the rice, flour, dried fish or goat, peas and seasoning which constituted their rations.

The overwhelming majority of the immigrant laborers were Hindu but little provision was made for their faith and cultural practices. They were not allowed to leave the plantation without a permit. Many of the workers and their families suffered from yaws, hookworm, and malaria.

Most of the workers originally planned to return to India but planters lobbied the Government to allow them to stay and defray their settlement costs. Money and land were used as incentives, with time expired Indians were offered 10 or 12 acres of Crown land. Often the land was mountainous and infertile so many chose to take the cash in hand.

After 70 years of indentured labor, over half of the Indians who arrived in Jamaica between 1845 and 1916 remained and the Indian community on the island developed and strengthened. There was much intermarriage between Africans and Indians, as well as Chinese Jamaicans. BLESS! 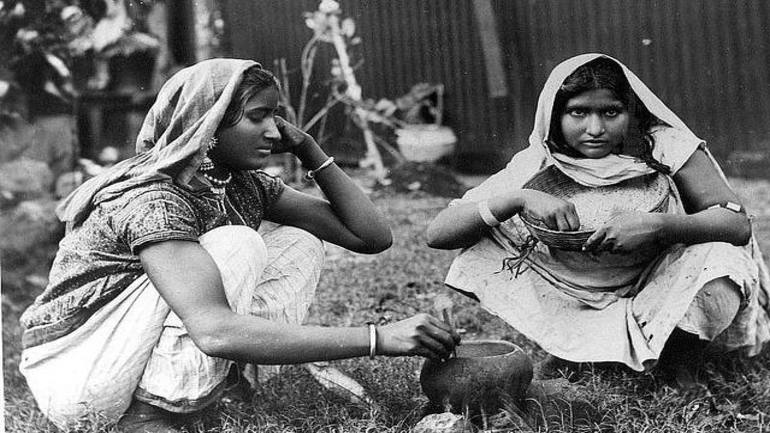