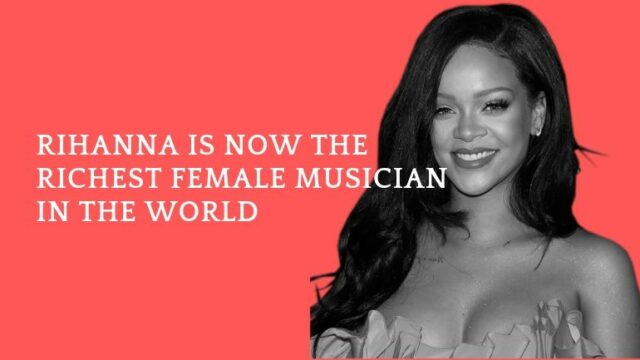 Yesterday, Forbes revealed that JAY-Z is worth a billion dollars, the first in the Hip Hop genre to achieve the milestone.

Today, the money mag says that Rihanna is nipping at his heels with a $600 million fortune.

Famous first as a singer, Robyn Rihanna Fenty, age 31, has since evolved into a style icon and makeup entrepreneur—and soon she’ll be the first black woman in charge of a major luxury fashion house. All those efforts add up to a $600 million fortune, making her the wealthiest female musician in the world, ahead of the likes of Madonna ($570 million), Céline Dion ($450 million) and Beyoncé ($400 million).

Like Hov, most of Rihanna’s net worth comes from outside of the music world.

Forbes estimates Fenty Beuty is worth $3 billion. That would put Rihanna’s share at $450 million, or 75 percent of her net worth.