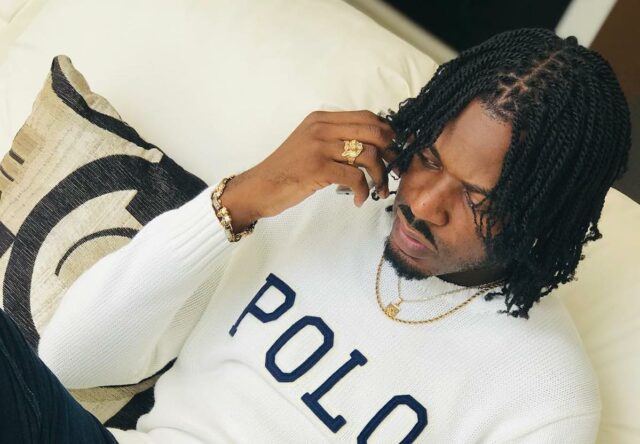 Govana issued a stern warning to his female fans on Tuesday after he received a very disturbing message via Instagram direct message (DM).

A female told the 4th Generation deejay that she had messaged a Facebook fan page thinking it was him and agreed to meet up in May Pen, Clarendon.

The female told Govana that on the day, the page messaged her and told her that he would be sending a family member to pick her up as he was still en route. “When i met with your so called cousin he took me to a place saying ‘you said you would come get me,’ she continued. “I was there for hours and he refused to take me home.”

The “Bake Bean” deejay shared a screenshot of the message and told the lades to be very careful especially online.

“RECEIVED THIS DISTURBING MESSAGE FROM A FEMALE LAST NIGHT AND I HAVE TO ADDRESS IT …,” Govana wrote. “LADIES BE VERY CAREFUL.. LET NOBODY TELL U TO MEET THEM NOWHERE PRETENDING TO BE GOVANA …I ONLY HAVE 1 FACEBOOK PAGE #GOVANGENNA AND I’M NOT ACTIVE ON IT .. AND REMEMBER TECHNOLOGY ADVANCE NOW … ONE VIDEO CALL TO MAKE SURE A PERSON IS WHO THEY SAY THEY ARE …PLEASE BE VERY CAREFUL LADIES … AND TO THE BWOY DEM WHO DO THIS STOP IT HOMBRE … STOP IT DAWG !!! A THRU UNU DEVEN KNOW YOUTH