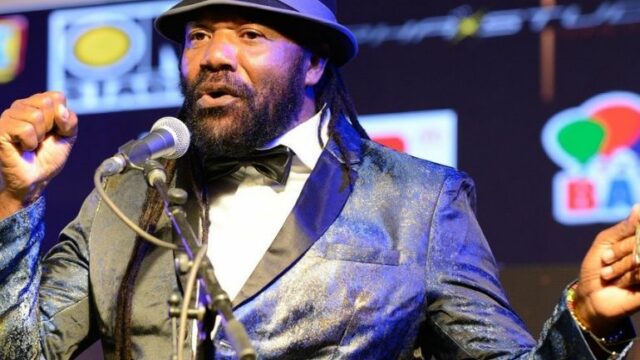 Rastafarian artiste, Tony Rebel says the best thing that artistes and music industry persons who are gay could do is come out.

“Dem say Jamaica homophobic, but look how much gay people you have in reggae and dancehall and people know dem,” he declared. “You have artistes who have locks who are gay, even if dem a say Rasta. The best thing they could do is be honest and come out.” he told The STAR.

Rebel was responding to the questions regarding the appropriateness of a Rastafarian elder chanting in a video with Shenseea and Tyga. The controversy surrounds the fact that the music video features a scene with Shenseea emerging from a bed she was sharing with another woman.

Admitting that he hadn’t seen the video, Tony Rebel did a quick search and then offered his comments. He stated that not everybody who wears locks is a Rastaman, and also suggested that it was possible that the man wasn’t even aware that such a scene existed in the video and didn’t know the extent of what he was getting involved in.

“Unfortunately, people are always using the Rastafarian image to do what they want to do. I just looked at the video and from what I can see, that person is not one of the well known Rastafarian elders,” he said. “But who say that everybody who wear locks is Rasta? I would not involve Rasta in that. Rastafari and its tenets are clear,” he emphasised.

Of note, Rebel did not question Shenseea’s sexuality.

Stating that “gay business” is nothing new and has been around for a long time, the Fresh Vegetable singer voiced his concern over the way in which gay rights activists “manipulate the situation.”

“These gay activists like to use people in reggae as pawns. People are free to be who they want to be and it works both ways. They need to stop taking people off shows to prove a point,” the Big Up Jamaica singer stated, indirectly referencing the recent “win” by gay rights activists to remove reggae artiste, Sizzla from Reggae On The River in California.

Rebel stated that he is comfortable with whom he is. “I am saying that I am straight,” he said. “Me hashtag straight,” he emphasised, “and me don’t discriminate either.”

In parting, he warned with a laugh, “Get the headline straight. The next you know, you hear people saying, ‘Oh, Tony Rebel spoke so much vitriol.’ Don’t let the headline mek me lose mi visa.”