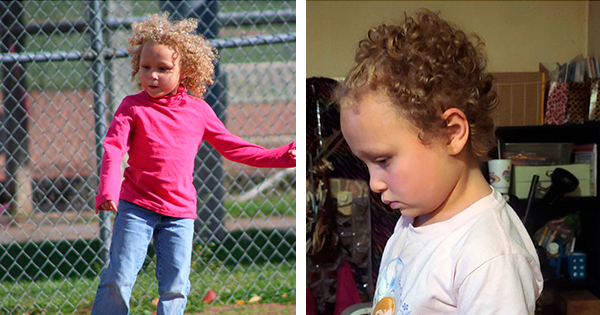 Nationwide — Jimmy Hoffmeyer, a Black father from Michigan, is demanding answers after his 7-year old biracial daughter’s hair was cut by a teacher at school without permission, leaving the little girl in tears.

On March 24, Jimmy said his daughter, Jurnee, returned home with shorter hair on one side after a classmate apparently used scissors to cut her hair on the school bus. He complained to the principal, who said they will talk to the parents and deal with it accordingly. He afterward took her to a salon to fix the cut.

Just two days after that incident, Jurnee, who used to have her hair down her back, arrived home crying and with much shorter hair. When he asked her what happened, Jurnee said a teacher cut her hair.

“After that teacher cut her hair, she was so embarrassed. So embarrassed. Because she had to go back to class like that,” he told ABC12

Hoffmeyer repeatedly contacted the school but the school principal and the district couldn’t clearly explain to him what exactly happened and why a teacher would do that. He was also told that the teacher involved will most likely only get a note in her work file.

The district’s superintendent called him about a week after the school’s spring break to apologize but it actually did more harm than good for the outraged father.

“I would like them to own up to their responsibilities,” he said. “Like, we’ve been asking as a public apology, for the most part, to let Jurnee know that yes they acknowledge that it was wrong and that it should have never been done and that she should never have been through something like this.”

Hoffmeyer also filed an incident report with the Mount Pleasant Police but he has yet to receive a follow-up on the complaint.

Meanwhile, Hoffmeyer transferred her daughter to a different school following the upsetting incident.