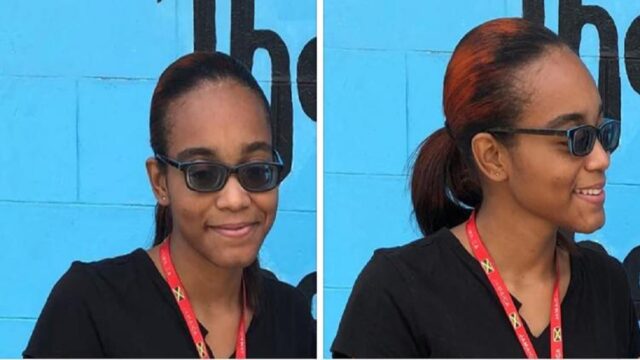 The family of 22-year-old Jasmine Dean, a first-year University of the West Indies student, is fearing the worst as the promising young lady has been missing from home since last Thursday.

Every phone call to family members signals a moment of hope and trepidation as they wait anxiously for any morsel of news that will signal her safe return home.

“My father shake up bad over the whole thing, every day he keeps looking and hoping that she returns home,” Asha Dean, Jasmine’s 23-year-old sister told Loop News.

Jasmine, who is visually impaired, is reading for a degree in international relations. She completed her sixth form studies at the Meadowbrook High School in St Andrew.

“Jasmine cannot see without her glasses, everybody is so worried, she has never left home and not returned home before. The taxi man she got first said he left her in Papine Square to catch a taxi to go downtown but the police say they don’t have enough evidence to charge him so they’re watching him, we are getting really worried now,” Ms Dean said.

Dean hails from a Miles Bull Bay address in  St Thomas. She has been missing since Thursday, February 27.

She is of brown complexion, slim build and is about 137 centimeters (4 feet 6 inches) tall.

Reports from the Mona Police are that about 9 pm, Dean was last seen in Papine, Kingston 6 dressed in a white blouse and blue jeans.

Anyone knowing of the whereabouts of Jasmine Dean is being asked to contact the Mona Police Post at 876-927-2298, Police 119 emergency number or the nearest police station.