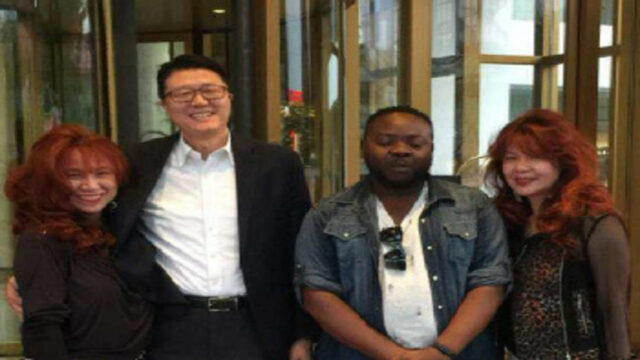 Beijing, China –  A Jamaican dermatologist, Dr. Patricia Yap, was invited to Beijing to present her research at the Third International Keloid Symposium.

The forum sought to provide an opportunity for scientists and medical doctors from across the world, to openly discuss the most current research on the clinical management of keloid disorder.

The goal of the forum was to begin the establishment of data-driven & evidence-based clinical management guidelines.

The symposium was organized by the American based Keloid Research Foundation, founded by Dr. Michael Tirgan.

During the three-day symposium, Dr. Yap presented her paper titled, “Re-Thinking the Medical Management of Keloids: Reflections and Experiences from a Busy Urban Clinical Practice in Kingston, Jamaica.”

During her presentation, Dr. Yap described a new, groundbreaking treatment that she had developed at her practice in Jamaica. She created a unique delivery system that allowed the introduction of the steroid into the dermis/skin topically.

To date, keloid treatment typically involves painful and uncomfortable intralesional steroid injections. Each and every keloid has to be injected and the volume of Triamcinolone Acetonide (TA) solution could result in systemic side effects.

Other treatments target keloid disorder as a tumor, and as such, the treatment modalities include surgery, radiation therapy, cryotherapy and chemotherapy as single and/or multiple modality treatments.

Dr. Yap proposed the following as a new definition for the keloid disorder: “Keloid is a chronic relapsing inflammatory disorder involving the proliferation of the fibroblast and the production of extracellular matrix (ECM), resulting in a mass in the dermis.”  As such she has been treating keloid as an inflammatory condition (eczema or psoriasis) as opposed to a tumor.

Since the early 2000s, Dr. Yap has been using her topical formulation to treat the Keloid disorder in her patients that is non-invasive, effective and affordable.

Her topical keloid formula seeks to empower patients by allowing them to take control of the disorder at an early stage while addressing the issue of reoccurrence.

Domestically and internationally, Dr. Yap’s formula strives to reduce the overall healthcare burden on private and public healthcare centers through the prevention of keloid disorders rather than merely treatment. 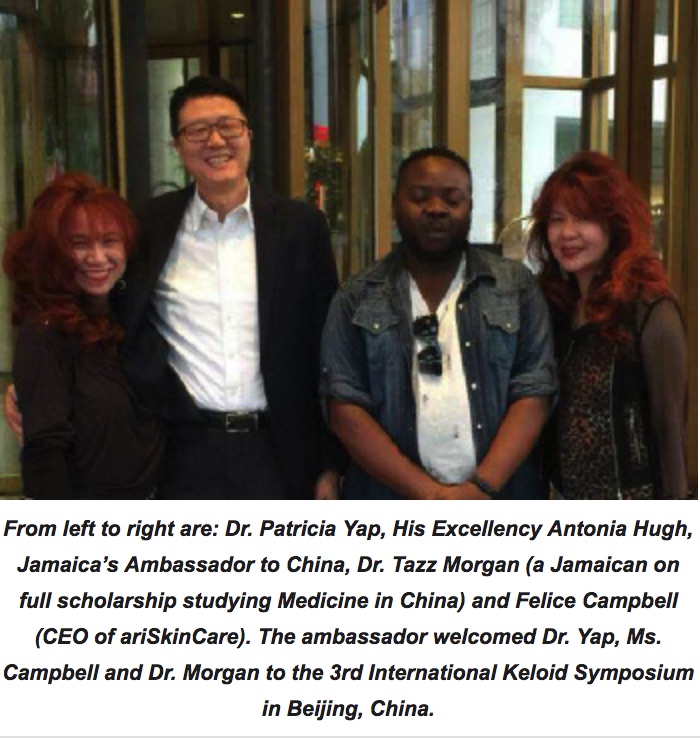 Dr. Yap received her undergraduate degree with honors in Pure and Applied Chemistry and her Medical Degree from the University of the West Indies. She completed her advanced studies in Dermatology with Distinction at the prestigious University of London – St. John’s Institute of Dermatology.

After returning to Jamaica in 1993, Dr. Yap established a successful private practice, treating acne as well as addressing a multitude of skin concerns, such as, keloid scarring, seborrheic dermatitis, abnormal pigmentation and hair loss.

She is also Chief Executive Officer of Apex Healthcare Associates, the largest medical center in Jamaica.

The treatment of a variety of skin disorders has become a lifelong passion and pursuit for Dr. Yap. 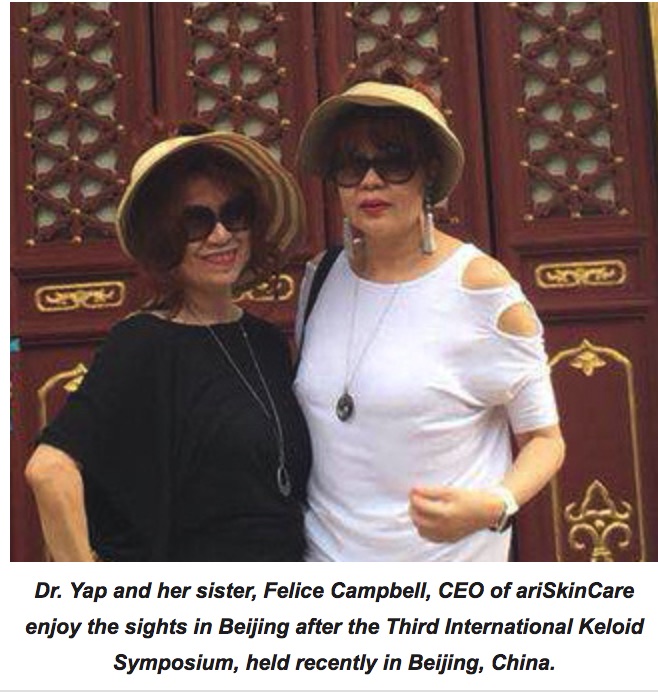 China and Jamaica have remained committed development partners since diplomatic ties were first established in 1972. Jamaica signed the One Belt, One Road Initiative (BRI) with China less than a month ago on April 11th, 2019.

The BRI program seeks to strengthen the international ties between China, Jamaica and a plethora of countries that have already signed on.

Several other Caribbean and Latin American countries have also engaged in this initiative including: Barbados, Trinidad and Tobago, Dominica, Guyana, the Dominican Republic. Venezuela, Costa Rica, Panama and several others.

It is widely known that China has been very supportive to the Caribbean and the Latin American region, through accumulated loans amounting to over US$140 billion from the China Development Bank and China Eximbank between 2005 and 2018.

Jamaica’s Ambassador to China, His Excellency Antonia Hugh, remarked that the:

“Belt and Road Cooperation: Shaping a Brighter Shared Future” (BRI), has put forward a new interpretation of world peace and development. Along with the entry into the Belt & Road cooperation, Jamaica looks forward to closer ties between the two nations. Both countries hope to strengthen policy coordination and substantive cooperation using the principles of consultation, contribution and shared benefits. With these goals in mind, China and Jamaica seek to finalize policy communications, utilities connectivity, unimpeded trade, financial integration, and more people-to-people exchanges. It is our great hope that we can bring the passionate Jamaican culture and the profound Chinese culture together for more brilliant chapters in the future”.

China and Jamaica Partner for Healthcare

Through its “Bright Journey Eye Care Mission” the Chinese government financed cataract surgeries for over 500 Jamaicans. A Chinese team of five ophthalmologists, three nurses, two engineers, and one technician were on hand in Jamaica to perform the surgeries.

Chinese Ambassador to Jamaica, Tian Qi, is reported to have expressed his sincere pleasure in his government’s kind assistance:

Jamaica hopes to continue to further fortify its relationship with China especially as it relates to medicine and healthcare.

With this in mind, Dr. Yap and Felice Campbell have launched the Jamaica Keloid Research Foundation (JKRF) with a view to exchanging expertise in the treatment of keloid disorder. Manny Chinese doctors have pioneered surgery techniques which reduces the occurrence of keloid.

With a population of over 1.5 billion, over 10% of the Chinese populace suffer from keloid disorder.

Dr. Yap hopes that her keloid treatment will soon be readily available on the Chinese market. She is working alongside the necessary authorities, including the Jamaican Ambassador to China, His Excellency Antonia Hugh, to make this dream a reality.

Felice Campbell and Dr Yap successfully lobbied for the Fourth International Keloid Symposium to be held next year in Montego Bay, Jamaica, with over 100 physicians and scientists slated to attend.

Similar to the hospitable welcome she received in Beijing, Dr. Yap is looking forward to extending a warm Jamaican welcome to her Chinese colleagues and other international experts whom she recently met.

Chinese nationals should have no problem traveling to Jamaica, as no visa is required for the first 30 days.