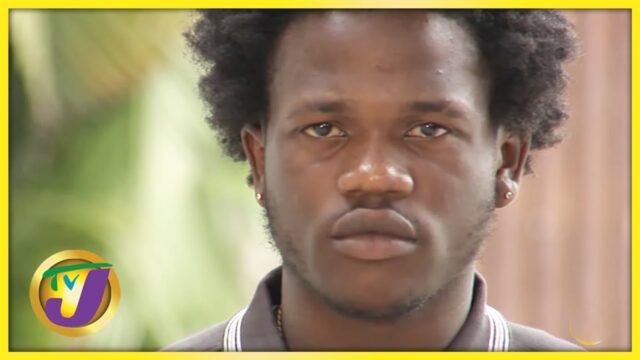 While agreeing with his statements about Jamaica’s inability to curb crime, selectors Harry Hype and Boom Boom have expressed disappointment with how dancehall artiste Jahshii presented himself in an interview on TVJ’s Entertainment Report that was aired last Friday.

The fast-rising dancehall deejay was very outspoken on the topic of gun tunes as well as crime and violence, noting that “Crime cyaa stop, me cyaa stop crime, you worse cyaa stop crime, police down a station, cyaa stop crime.” According to Jahshii, police were also perpetrators of crime because corruption exists in the force.

“Human beings corrupt, police corrupt,” he said. This was one of the statements that received the selectors’ nods of approval.

“Take a look at the Grant’s Pen community where we are all raised, no crime and violence nah gwaan. And is not the police stop dem from do it, is the people in the community say is full-time now it stop. Di police dem really couldn’t do it,” Harry Hype told THE STAR. But he admitted that other aspects of the interview did not sit well with him.

“As for the rest of the interview, me disappointed. I would have stopped the interview if I was there because if somebody behave a way, or say and do things he normally wouldn’t, it means something not right,” he said.

Harry Hype, who is Jahshii’s older brother [they have the same mother], said that he expects there will be a lot of backlash from the industry but questioned whether it could have been a publicity stunt for a new song.

“This is the same artiste weh do a previous interview and say him look up to the artistes who come before and who come after him. Listening to this interview it was a completely different person,” he said. Both selectors wondered if the young deejay may have been slightly intoxicated, something even the interviewer alluded to. Boom Boom said there were other “outside influences” that should be blamed.

“Jahshii said some things that made sense and at the end of the day it is his opinion. But the way him sound aggressive, him come across a way. Me nuh want nuhbody too too bash him still,” he said. “Don’t judge Jahshii from this interview. Is a super bright youth.”

Jahshii has released a stream of hit singles for 2021 including Cream of the Crop, Shift Change, COVID Curfew and Life Lessons.

“We continue to support him, when he said police cannot stop crime it is true, crime going on before me and you born and dem try many ways to solve crime but can’t – not to diss the police. People that cause the crime, only dem can solve it,” he continued.