Home Jamaica's Culture & Heritage Did You know? The first black person to fly solo around the... 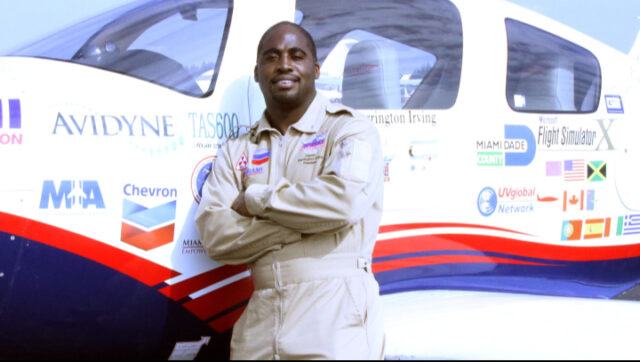 Barrington Antonio Irving, Jr. (born November 11, 1983) was the youngest person to pilot a plane around the world solo.

He is also the first black person and first Jamaican to accomplish this feat. As of 2007, he was an aerospace student at Florida Memorial University. His airplane, a Cessna 400, is named the “Inspiration” and was manufactured and assembled by the Columbia Aircraft Mfg. Co. in 2005, classified as a standard aircraft in the utility category using over $300,000 in donated parts.

Irving was born on November 11, 1983, in Kingston, Jamaica and grew up in Miami, Florida.

He is a graduate of Miami Northwestern High School. Irving turned down multiple football scholarships offers with his sights set on aviation.

His airplane, the “Inspiration”, has been registered to Experience Aviation since 2006.

His record was broken in 2012 by the 22-year-old Swiss Carlo Schmid.