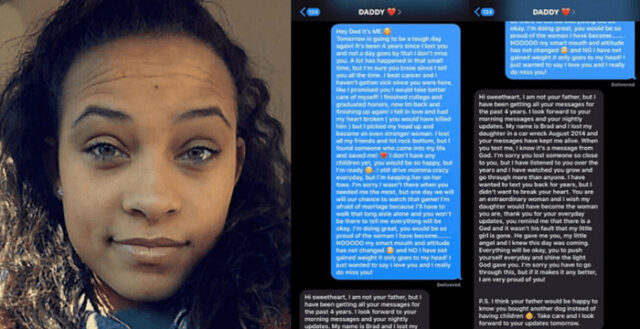 Chastity Patterson, 23, has been messaging her father for the last four years after she lost him. It was her daily ritual to text him on his phone number sharing the stories of her daily life, her achievements, and her failures. As a part of their daily routine, she texts him the night before the fourth anniversary of her father’s loss.

“Hey Dad, it’s me. Tomorrow is going to be a tough day again!” she texted. As usual she was not expecting an answer but to her surprise she received a message from a man, Brad, who had l*st her daughter in the car cr-ash. 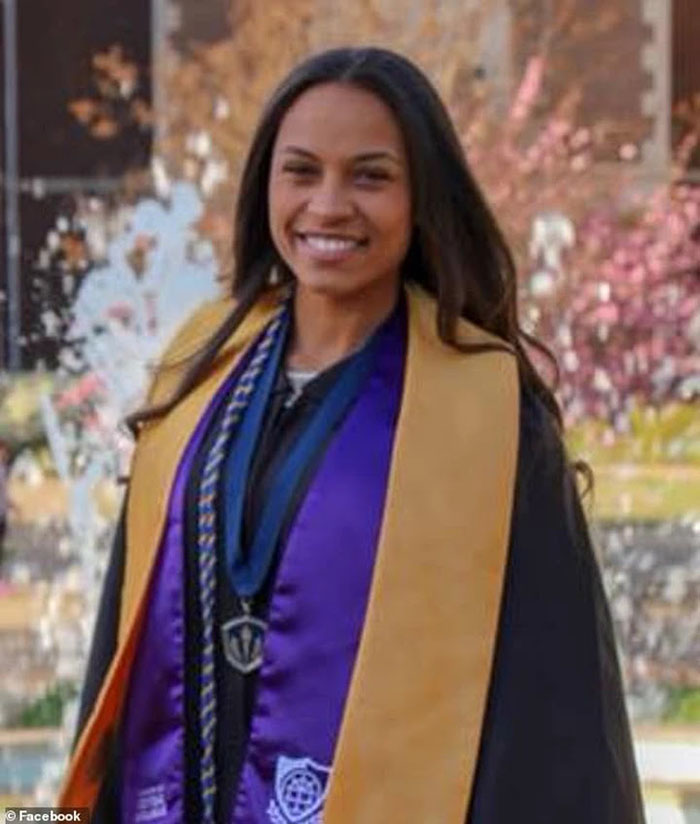 “Hi sweetheart, I’m not your father but I have been getting all your messages for the past four years. I look forward to your morning messages and your nightly updates. My name is Brad and I lost my daughter back in August 2014 and your messages kept me alive.” Patterson received a text.

“I am sorry you lost someone who was dearest to you. I am reading your messages every morning and every night, and I am really appreciative of your achievements. If your dad had been alive, he would be the happiest to see you growing in your life,” Brad added in the text. “Over All These years, I’d tried many times to text you back, however, every time I have restrained myself from doing so. I don’t want to thwart the feeling you have – that somewhere your dad is reading your all these messages,” he said.

Brad further goes on to say, ‘I had lost my daughter, but God gave me my daughter in the form of you. Your daily messages remind me of my daughter and I thank God every day for this. I know, someday, I would be messaging you the truth, but, that’s how things are. We have to be accustomed to them.” 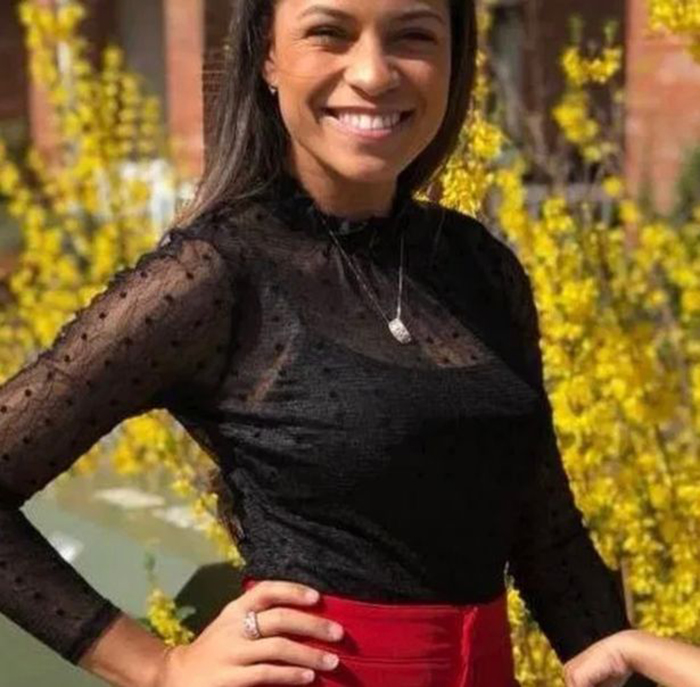 Sh-ocked and Lachrymose, Patterson shared the screenshot on social media that went viral hitting up around 265,000 shares. She captioned her post, ‘I text my dad every day to let him know how my day goes, for the past four years. Today was my sign that everything is okay and I can let him rest!’ Lots of comments poured onto her post commiserating her for what she had gone through for the past few years. At the same time, users expressed their happiness for Patterson on receiving a reply from a man who shares a similar kind of feeling with her. 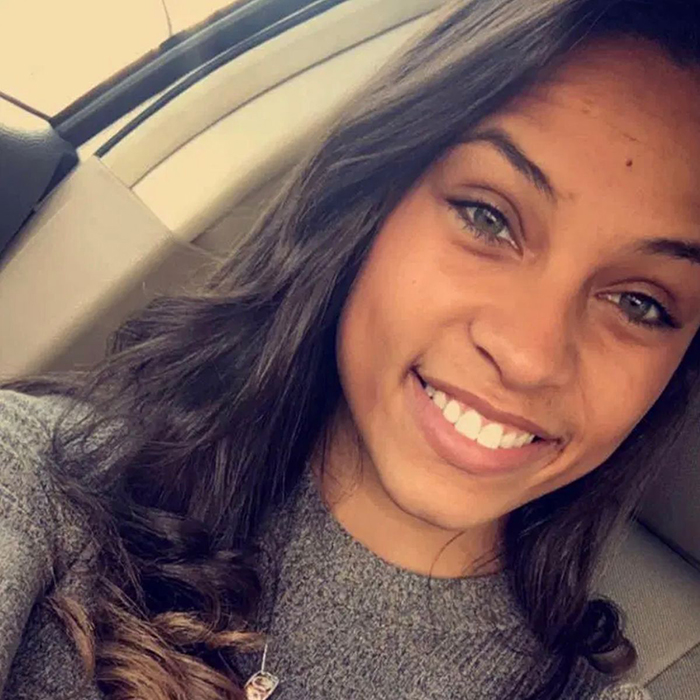 Patterson shared an updated post unraveling her beautiful relationship with her lost father. “My dad, Jason Ligons, was not a biological father of mine but was a patriarch figure who looked after me since I was a child,” she said. “He never missed my school dance, proms, games, and YES he would give me long talks about my mouth and attitude. I used to share each and everything with him. I’ve cried with him in my bad times, and have laughed with him in my good times,” she added.