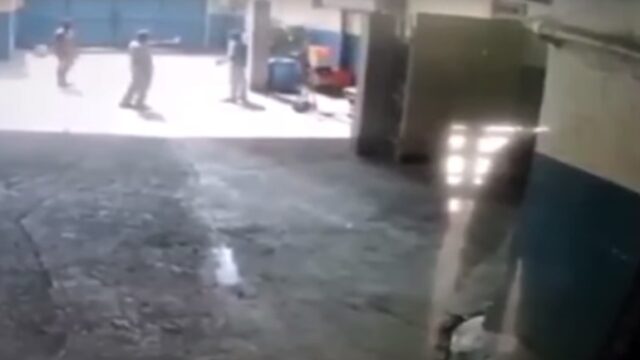 Shocking closed camera circuit TV footage purportedly of an alleged shooting incident involving a man and his now deceased son has been circulating on social media.

The deceased has been identified as 36-year-old Ruel Knight.

As of 4pm, detectives had not yet charged the suspect, said to be his father, with the shooting incident that occurred at his place of business in Papine, St Andrew on Monday.

In the footage, two men appear to be engaged in a heated argument before one of the men falls to the ground and the other kicks the motionless body.

The suspect then drove aggressively towards the entrance, almost running over the other man’s body.

Police said they are aware of the video and are probing it to verify the authenticity of the footage.

According to Senior Superintendent Stephanie Lindsay, head of the Corporate Communications Unit, the businessman had not yet been charged.

“He is presently being questioned by detectives at HWT Police [Station]; we will have more details later,” she told Loop News.