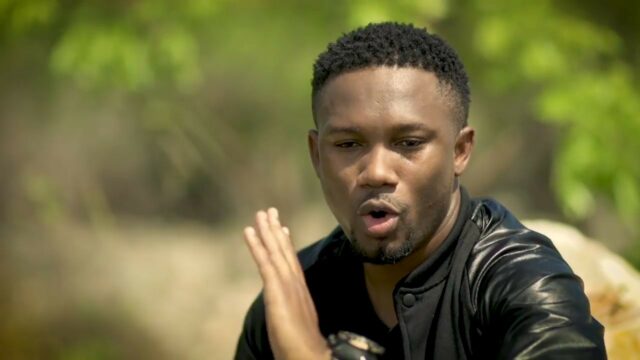 Not deterred by what others may think of his gospel renditions of secular music, Chozenn is gearing up to release Scary Out There, a remix of Dexta Daps’ provocative No Underwear.

“It’s coming really soon and again ties in with the mandate of tapping into the culture, renewing the minds of the people and being the option to the mess people are hearing, from a God standpoint. We’re cleaning up every messy song,” Chozenn told THE WEEKEND STAR.

Already in the catalogue are Bawl Out For Jesus, his take on Dovey Magnum’s raunchy Bawl Out produced by Rohan ‘Patexx’ Rankine, and most recently God Thoughts, a holy spin on Polo, the braff tune made popular by Hot Frass, featuring Takeova.

He shared the remix received the stamp of approval from the track’s authors and producers. Though this current wave seems to be the signature of the artiste, he said he is being guided by God and would not be confined to any particular style.

“Chozenn is not an artiste or minister you can put in a box cause I believe the Lord is a God of impeccable timing and season,” he said.

“I don’t know where the Holy Spirit will lead me next, I’m just the vessel, and He is saying right now, clean up that demonic sexual spirit.”

He is getting ready for the release of his Culture Invasion album on August 24, exclusively produced by Rankine’s Journey Music label. He also has plans to release another album next summer, dubbed Best Of Chozenn.

“It’s gonna have all the songs people love and will be an awesome compilation,” he said.

“I’m still here putting in the work and my renewal antidote is working. A popular secular artiste recently told me that if the church was behind me 100 per cent, all secular artistes would be nervous when they go to the studio. We’re invading the fashion, music, culture, and everything for the glory of God.”